Peloton Stock Climbs Out of Slump: Can PTON Fix the Holes in Its Business?

Peloton (PTON - Free Report) stock has climbed out of the hole it found itself in shortly after its IPO in late September. The exercise equipment company’s shares have surged over 42% in the past four weeks. Peloton reported its first quarterly financial results as a public company earlier this month, where it saw its total revenue more than double.

It is rumored that Peloton is set to expand its product offerings as it continues its uphill climb. With many of 2019’s IPOs like Uber (UBER - Free Report) , Lyft (LYFT - Free Report) , and Smile Direct Club (SDC - Free Report) going awry, can Peloton sustain its recent climb?

Customer churn rose to 0.9% from the 0.5% it saw last year, which exacerbated Wall Street’s worries about Peloton’s profitability in the niche upscale fitness market. The question still remains about how Pelton plans to sustain its top-line growth in a recession when consumers aren’t as likely to shell out $2,000 plus for workout equipment.

Peloton hasn’t directly addressed this issue with new equipment, yet but Bloomberg reported earlier this month that the young company is in the works of developing a cheaper treadmill and a rowing machine. Bloomberg also reported that Peloton has looked into developing apps that can be compatible with Amazon Fire TVs (AMZN - Free Report) and the Apple Watch (AAPL - Free Report) .

Another reason many analysts are hesitant about betting on Peloton is the rising competition in the space. Last month, Nautilus (NLS - Free Report) launched its Bowflex C6 indoor cycling bike for half the price of Peloton.

Plus, it lets users access its open platform to connect to any streaming class through their respective apps. NordicTrack also produces similar products and has the advantage of already being a well-known brand.

Additionally, some still believe that Peloton has overestimated its growth opportunity in the home exercise market. The massive amount of money the young firm is spending for its products to reach this potentially small market is a red flag for many analysts.

Our fiscal 2020 estimates call for Peloton’s revenue to grow over 62%. Although this may still represent strong growth, 62% is quite the deceleration from fiscal 2019’s Y/Y growth rate of over 110%. Our top-line estimates call for additional growth deceleration in 2021, with revenue expected to climb 46% to $2.18 billion. While the revenue growth is expected to continue, the slowdown may be alarming for a young company sacrificing margins for spectacular sales growth.

The fitness industry, like the fashion industry often goes through trends or fads, which puts Peloton’s long-term success into question. The company needs to figure out a way to appeal to the mainstream fitness industry, which might require lower prices on its products and less marketing. 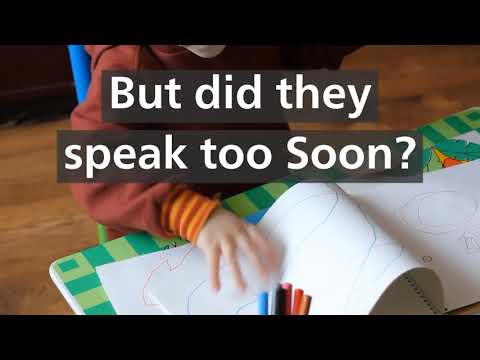 Can You Judge The Tesla Cyber Truck By Its Exoskeleton?