Keysight Technologies, Inc. (KEYS - Free Report) delivered fourth-quarter fiscal 2019 non-GAAP earnings of $1.33 per share, which surpassed the Zacks Consensus Estimate of $1.18. The bottom-line figure rose from $1.01 reported in the year-ago quarter and fell within management’s prior guidance of $1.14-$1.2 per share.

Meanwhile, GAAP revenues advanced 7% from the year-ago quarter to $1.12 billion. The top line exceeded the Zacks Consensus Estimate of $1.10 billion.

Robust performance in the quarter was mainly supported by the company’s leading position across market such as 5G, aerospace defense, network visibility and general electronics. Further, the company is well-positioned to sustain growth momentum, courtesy of its differentiated and broad portfolio of solutions across several end-markets

Coming to price performance, shares of the company were up 2.6% in after-hours trading on Nov 26. Notably, Keysight’s stock has surged 78% in a year compared with the industry’s 23.4% growth.

CC revenues of $443 million improved 9% year over year on the back of strong growth in the wireless ecosystem primarily triggered by advancement in 5G investment.

ADG revenues came in at $263 million, increasing 5% year over year on a core basis. Higher government spending and investments in China supported the upside. These were partially offset by weakness in Europe and rest of Asia.

Management highlighted that ISG will be aligned with the CGS segment in first-quarter fiscal 2020.

Non-GAAP operating margin for the quarter was 26%, reflecting substantial growth from 21.1% in the year-ago quarter.

Keysight ended the fourth quarter with cash & cash equivalents of $1.598 billion, up from the previous quarter’s $1.394 billion.

Cash flow from operations during the quarter came in at $263 million compared with the previous quarter’s $274 million.

Non-GAAP earnings per share are projected to be $1.04-$1.1. This reflects considerable growth from earnings of 93 cents in first-quarter fiscal 2019.

Management highlighted that fiscal 2020 performance is likely to be adversely impacted by trade restriction affecting a major customer in China. This is likely to lead to a five-point and three-point headwind during the first and second quarter of fiscal 2020, respectively. These unfavorable impacts are likely to show upon the performance of commercial communications end-market.

Long-term earnings growth rate for Fortinet, Cirrus and Qorvo is currently pegged at 14%, 15% and 10.1%, respectively. 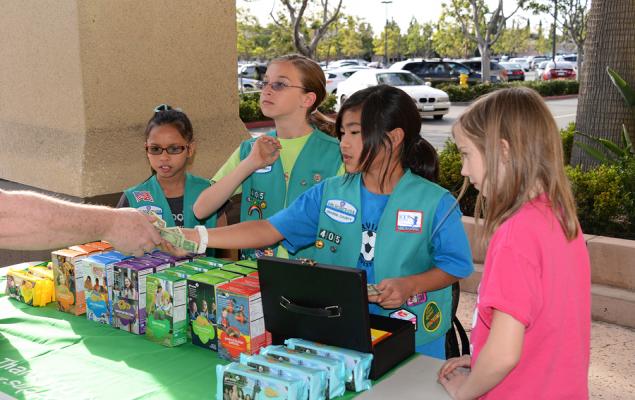