Here's Why You Should Hold on to HealthEquity (HQY) for Now

With a market capitalization of $4.35 billion, HealthEquity provides integrated solutions for health-care account management, health reimbursement arrangement and flexible spending accounts for health plans, insurance companies and third-party administrators in the United States. The company’s earnings are anticipated to grow 25% over the next five years. For the trailing four quarters, the company has a positive earnings surprise of 21%, on average. 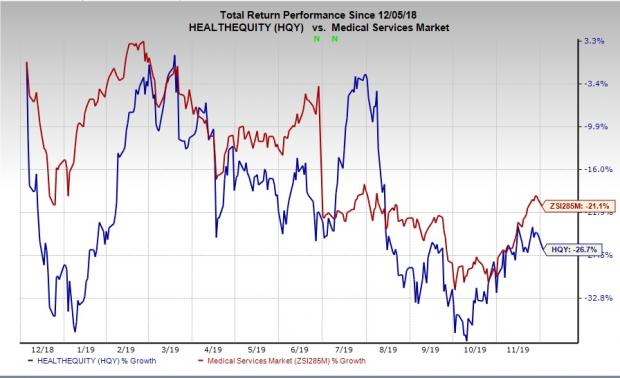 In the recently reported third quarter of fiscal 2020, HealthEquity reported adjusted earnings per share (EPS) of 47 cents, which improved a significant 51.6% on a year-over-year basis.

Reflective of these, HealthEquity raised its revenue guidance for fiscal 2020.

The company now expects revenues between $520 million and $526 million, much higher than the earlier projected range of $341-$347 million.

In the fiscal third quarter, HealthEquity’s gross margin was 61.1% of net revenues, down 390 basis points (bps) year over year.

HealthEquity faces stiff competition from top HSA custodians like Alliant Credit Union and Bank of America in the United States.

Thermo Fisher’s has a long-term earnings growth rate of 12.5%.