In a major leadership overhaul, United Airlines Holdings Inc. (UAL - Free Report) announced that Scott Kirby, its current president, will be replacing Oscar Munoz as the new CEO of the company. The transfer of power will take place following the company’s Annual Meeting of Shareholders to be held on May 20, 2020.

Following this change, Munoz will serve as the executive chairman of its board of directors for a year. As part of the management change, the company’s chairman, Jane Garvey, will retire in May, 2020. Additionally, Ted Philip, who currently chairs the Nominating/Governance Committee, will take charge as the Lead Independent Director on May 20, 2020.

In 2015, when United Airlines was struggling with post-merger related integration problems, Munoz joined the company as the CEO. His appointment was followed by the sudden resignation of the then CEO Jeff Smisek due to a controversy regarding the carrier’s relationship with the Port Authority of New York.

Given Munoz’s background of having served CSX Corporation (CSX - Free Report) — a U.S. railroad operator — for 12 years, there was uncertainty about his performance as a leader of an airline company. However, Munoz proved his excellence by “putting customers and employees first”, which “transformed United's culture today and successfully positioned the company for tomorrow”.

It was in Munoz’s tenure that the shameful incident of a passenger being dragged off a United Airlines’ flight took place. Needless to mention, the passenger fiasco was a major setback for the company. Following this downturn, in January 2018, Munoz along with Kirby implemented an aggressive capacity growth strategy (4-6% capacity expansion annually for three years) that has significantly improved the carrier’s operational and financial performance.

Shares of United Airlines have rallied 53.8% compared with the industry’s 9.7% growth, since Munoz joined the company. 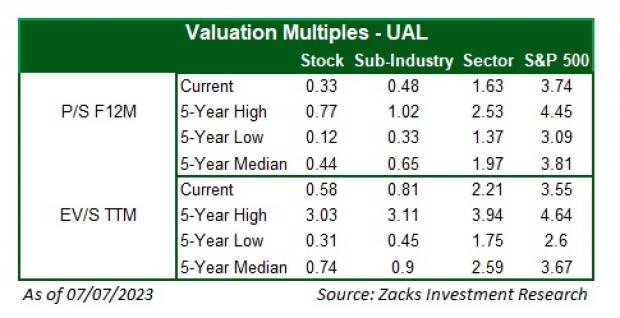 Kirby is the Right Choice: Here’s Why

With over 20 years of experience in the airline space, Kirby joined United Airlines as the president in August 2016 from another powerhouse company in the airlines space — American Airlines Group (AAL - Free Report) . At this Fort Worth, TX-based company, he served as the president occupying the second-most important position behind CEO Doug Parker since 2013. Previously, Kirby had worked at the erstwhile America West Airlines. He was a key member of the executive team that oversaw the merger of America West and US Airways in 2005.

Given his strong expertise in the field, it is of little wonder that Kirby has always been an integral part of business decisions at United Airlines. While Munoz would focus on employee and customer relationships, Kirby would expand the airline’s network. Kirby is also said to have taken a lead in the carrier’s revenue management system called, Gemini, to generate quality revenues.

According to Wolfe Research airline analyst, Hunter Keay, “Kirby was the leading change agent at United due to a growth-first network strategy and a daily focus on operations and a cost-conscious culture.”

Shares of Allegiant have rallied more than 69% so far this year.