Strong demand for air travel prompted a 30.6% year over year increase in consolidated traffic to 2.46 billion. Notably, RPKs increased 30.4% and 31.4% in domestic and international markets, respectively. Consolidated capacity, measured in available seat miles (ASMs), expanded 32.5% to 2.98 billion on a year-over-year basis. The increase in domestic capacity was 30.9%. On the international front, capacity rose 38.3%. 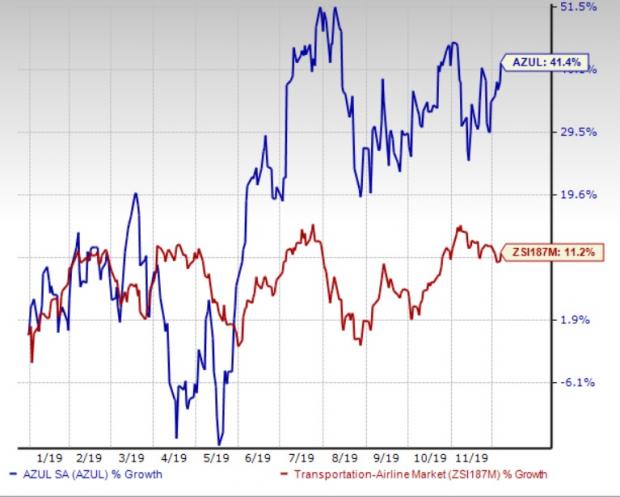 So far this year, shares of Azul have outperformed its industry, courtesy of upbeat travel demand. The stock has appreciated 41.4% compared with its industry’s 11.2% growth.

Notably, passenger revenues, which account for the bulk of the top line at Azul, increased 23.4% in the first nine months of 2019. The uptrend is likely to continue going forward owing to upbeat demand for air travel.

Thermo Fisher (TMO) at a 52-Week High: What's Driving It?