Tesla (TSLA - Free Report) is the most volatile stock on the market due to an overzealous CEO and a management team that over-promises and under-delivers. This year may be the first year that the company finally meets its lofty goals.

TSLA slid hard at the beginning of 2019 due to liquidity concerns as the company was quickly running out of money and not turning a profit. These concerns were alleviated with debt and equity offering raising over $2 billion. The record number of deliveries in Q2 of 95,000 units kept the rally going into its Q2 earnings. Q2 results missed on both top and bottom-line metrics, and these shares upward trajectory stalled only to be reignited by another record number of deliveries in Q3 and a massive EPS beat.

Overenthusiastic CEO Elon Musk may actually hit the 360,000-400,000 unit target that he set for his company earlier in the year.

Gigafactory 3 in Shanghai is ahead of schedule with cars appearing to be already out for delivery. This is another example of Tesla management hitting their lofty 2019 goals, once again surprising investors.

This Chinese factory will allow them to bypass tariffs and gives them access to the largest EV market on the planet. In phase 1 the firm wants to produce 250,000 annually in Gigafactory 3 and eventually reaching its 500,000 unit capacity. I don’t expect the 250,000 unit goal to be reached for a few years. A fourth European factory is expected to be announced by the end of the year, which would further demonstrate Tesla’s EV world dominance plans. Still concerns about steep competition and global economic slowdown loom.

Cyber truck is the latest news coming out of Tesla, and critics had a field day when they first saw this vehicle. Critics are calling it a stencil drawn by a child, or something straight out of an 80s Sci-Fi movie. These critics were quickly silenced with 200,000 customer pre-orders within the first 48 hours of its announcement. The car will have a battery range of 500 miles, the longest on the consumer markets. This EV will start at $39,900 and expect to see these on the streets by 2021.

The company is finally meeting management’s excessive goals, and the share price is beginning to reap the benefits as the short-seller slowly exit their positions. This stock still has upside potential with the ahead of schedule Gigafactory 3 in Shanghai being a significant catalyst. 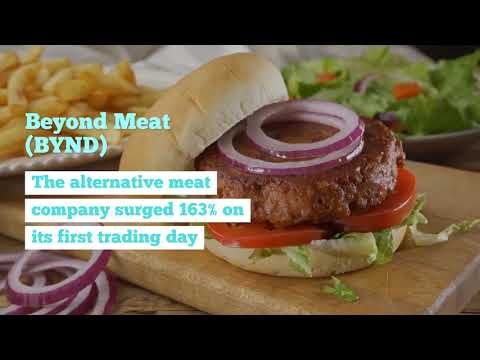