The company expects that these closures will be completed before the end of 2020. Moreover, these initiatives are expected to reduce the company’s annual operating costs by around $35 million when completed.

In connection with these actions, Olin’s results for the fourth quarter of 2019 are expected to include roughly $65 million pretax non-cash restructuring (asset impairment) charges.

Per management, closure of the Freeport facility is expected to reduce the company’s annual fixed costs and match its production capacity with the market’s current needs. Also, Olin will be able to concentrate on the chlorine derivatives that generate the most value.

Shares of Olin have dipped 17.2% over a year compared with the industry’s decline of 20.4%. 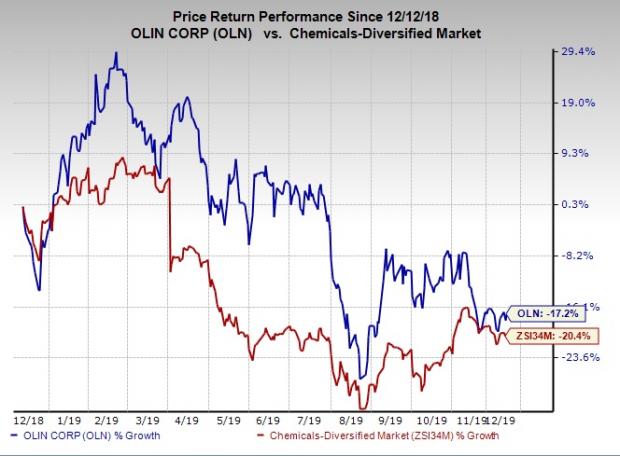 In October, Olin stated that it expects to continue witnessing weaker demand from refrigerant agricultural, urethane, alumina, and pulp and paper customers. The company also anticipates caustic soda prices to decline in the fourth quarter.

The company predicts net income of $30-$59 million for 2019. Adjusted EBITDA for the year is expected in the band of $930-$980 million. Olin anticipates challenging demand and pricing environment to continue in the fourth quarter.

General Moly has an expected earnings growth rate of 12.5% for the current fiscal year. The company’s shares have gained 55% in the past year.

Agnico Eagle has an estimated earnings growth rate of 167.9% for the current year. Its shares have moved up 54.5% in the past year.