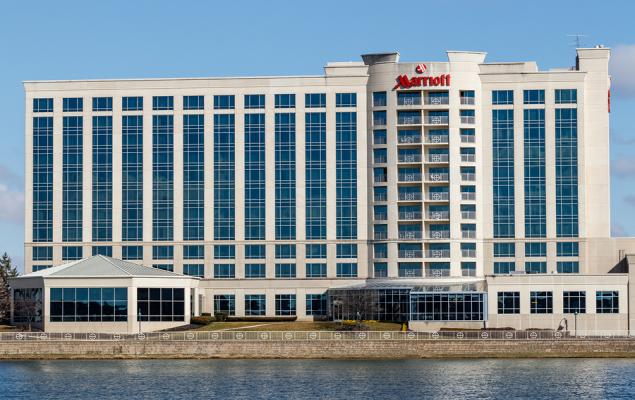 In a bid to maintain its position as the fastest-growing global hospitality company, Hyatt Hotels Corporation (H - Free Report) has been strengthening its presence worldwide. Recently, the company announced the opening of Hyatt Regency Portland. This will mark the company’s first full-service and convention center hotel in the city of Portland. Also, the new property is being developed by Mortenson, a leading Portland-based developer in collaboration with ESG Architects.

Notably, the 600-room hotel is situated at the heart of Portland and is a few minutes away from the newly renovated Oregon Convention Center, local sport and concert arena Moda Center, as well as high-end eateries and breweries in the growing Lloyd neighborhood. Hyatt Regency Portland at the Oregon Convention Center is also in close proximity to Portland’s MAX Light Rail, downtown Portland, the quirky Eastside, and Portland International Airport (PDX).

Recently the company’s affiliate inked a deal to develop its first Grand Hansa, The Unbound Collection-branded Hotel in Finland. It also opened its first Andaz-branded hotel in Dubai, Andaz Dubai The Palm.

The company has announced further expansion plans in Australia, Brazil, Germany, the U.K., Indonesia, Japan, Mexico, Saudi Arabia, Singapore, Thailand, the Netherlands and others. We believe this will help it to counter competition from the likes of Marriott (MAR - Free Report) and Hilton (HLT - Free Report) .

Hyatt currently carries a Zacks Rank #3 (Hold). In the past six months, shares of Hyatt have gained 17.1% compared with the industry’s 9.5% growth.

A better-ranked stock worth considering in the same space is Civeo Corporation (CVEO - Free Report) , which carries a Zacks Rank #2 (Buy). You can see the complete list of today’s Zacks #1 Rank (Strong Buy) stocks here.