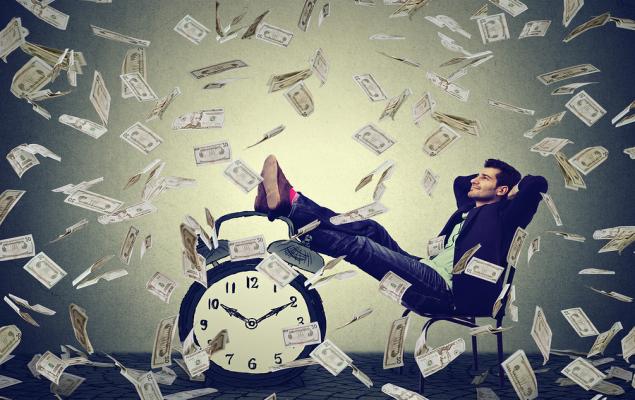 U.S. stock indexes have not only notched record highs in their last trading session but are also poised to maintain their winning streak heading into 2020. The broader S&P 500 index, in fact, is expected to climb an additional 9% by the end of 2020, per Sam Stovall, chief investment strategist at CFRA Research. The optimism largely stems from the preliminary U.S.-China trade truce over import duties.

President Trump recently said that he had a “very good talk” with China’s Xi Jinping and that a formal signing of a partial U.S.-China trade deal has been arranged. China has agreed to increase import of commodities in 2020 and 2021 by almost $200 billion, which includes nearly $40 billion of U.S. agricultural products.

China has also agreed to protect American intellectual property rights and has assured not to manipulate its currency. What’s more, China has called off additional tariffs on U.S. goods. The United States, in the meanwhile, has agreed not to impose extra tariffs on nearly $160 billion of Chinese consumer electronics and toys that were supposed to take effect from Dec 15.

To top it, the U.S. economy is entering 2020 in a pretty good shape. The U.S. GDP in the third quarter of 2019 came in at 2.1%, more than analysts’ expectations and has squashed expectations of an imminent recession.

What’s more, consumer spending that accounts for almost two-third of U.S. economic activity is showing signs of improvement. Per the Commerce Department, consumer outlays increased 0.4% in November, its strongest gain since July. Government data showed that there were significant purchases of automobiles and trucks last month, while spending on healthcare was pretty high. All these indicate that households have enough spending capabilities to keep the economy expanding at steady pace in the near term.

Upbeat reports on domestic manufacturing and home building have infused optimism about the current state of the economy. Last month, factory output bounced back after General Motor Company’s strike ended, per the Federal Reserve. Industrial production increased at a seasonally adjusted rate of 1.1% in November compared to the prior month. That marked the biggest month-over-month increase since October 2017.

Last but not the least, Wall Street’s positive sentiment remains supported by progress on international trade matters. After all, the House of Representatives saw both the Democrats and Republicans united in passing an updated version of the 25-year-old NAFTA that many economists believe will eventually prove favorable for the U.S. economy.

We have, thus, selected five stocks among the losers of this year that may prove profitable next year. These stocks flaunt a Zacks Rank #1 (Strong Buy) or 2 (Buy).

CNX Midstream Partners LP (CNXM - Free Report) owns, operates, develops, and acquires natural gas gathering and other midstream energy assets in the Marcellus Shale and Utica Shale in Pennsylvania and West Virginia. The company currently has a Zacks Rank 1. The company’s shares have declined 2.4% so far this year. However, the company’s expected earnings growth rate for the next year is 20.3% compared with the Energy and Pipeline - Master Limited Partnerships industry’s projected rise of 4.4%.

On Deck Capital, Inc. (ONDK - Free Report) operates an online platform for small business lending in the United States. The company currently has a Zacks Rank 2. The company’s shares have declined 31.5% on a year-to-date basis. But, the company’s expected earnings growth rate for the next year is 21.1% versus the Financial - Miscellaneous Services industry’s estimated rise of 17.2%.

ChannelAdvisor Corporation (ECOM - Free Report) provides software-as-a-service solutions in the United States and internationally. The company currently has a Zacks Rank 1. The stock has declined 21.1% so far this year. However, the company’s expected earnings growth rate for the next year is 26.2% versus the Internet - Software and Services industry’s projected rise of 15.9%. You can see the complete list of today’s Zacks #1 Rank stocks here.

Aphria Inc. (APHA - Free Report) produces and sells medical cannabis internationally, including the United States. The company currently has a Zacks Rank 1. The company’s shares have declined 12.3% on a year-to-date basis. But, the company’s expected earnings growth rate for the next year is 250% versus the Medical - Products industry’s expected growth of 19.6%.

Baidu, Inc. (BIDU - Free Report) provides Internet search services internationally, including the United States. The company currently has a Zacks Rank 1. The company’s shares have declined 19.6% so far this year. However, the company’s expected earnings growth rate for the next year is 51.4% compared with the Internet - Services industry’s projected rise of 19.4%. 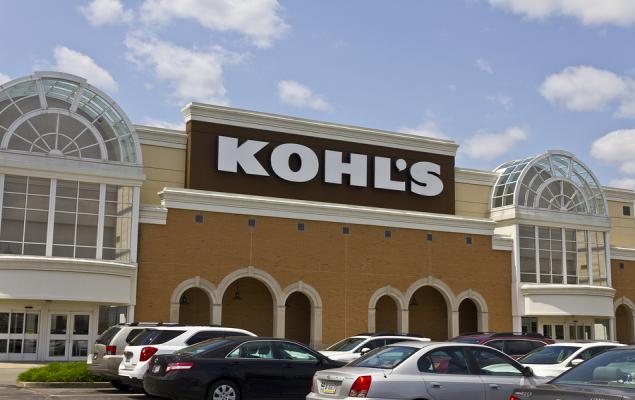 Kohl's Stock Up 10% in 6 Months on Sales-Driving Initiatives