Though the industry declined 15.3% in the past year, hurt by extreme volatility in oil prices, this leading shale oil and gas producer soared 63.3%. The upstream energy player also surpassed the S&P 500 Index’s 27.2% rally, supported by renewed investors’ faith owing to the progress in the U.S.-China tariff war front and three interest cuts by the Federal Reserve. 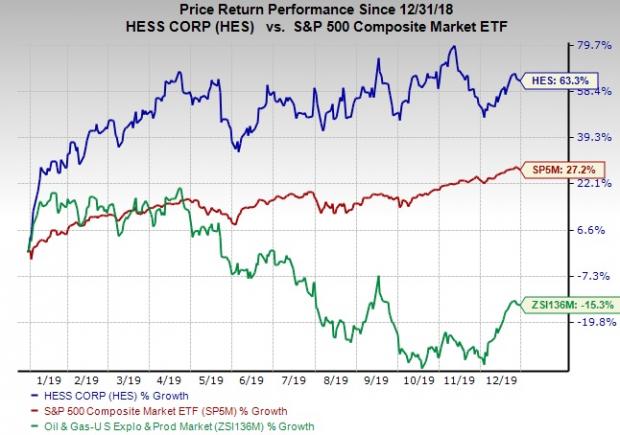 In two of the past three quarters, the bottom line of the upstream energy player managed to beat the Zacks Consensus Estimate. Moreover, the company’s bottom line is likely to witness year-over-year growth of 6.8% and 44.6%, in 2019 and 2020, respectively. As a matter of fact, it is definitely worth tracking this Zacks Rank #3 (Hold) stock. You can see the complete list of today’s Zacks #1 Rank (Strong Buy) stocks here.

Mounting inventory of material oil discoveries has primarily brightened up the overall prospects of the energy major. Moreover, its footprint in the prolific Bakken shale play has further improved the company’s production outlook. Low-cost operations along with significant inventory of drilling sites will likely back the company in increasing its free cashflow, thereby creating sufficient capital to reward stockholders.

As of Dec 23, Hess has made 15 potential discoveries in the Stabroek Block, located approximately 120 miles off the coast of Guyana. Notably, the size of the block is equivalent to 1,150 blocksin the Gulf of Mexico and the company has estimated gross recoverable resource from the offshore Guyana block at more than 6 billion barrels of oil equivalent (BBOE). To further explore and appraise new Guyana prospects, Hess has employed four drillships. 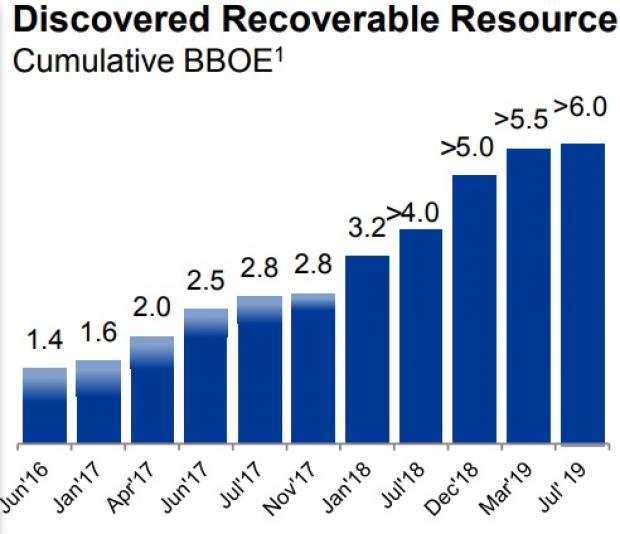 Investors should know that Hess produced first oil from the phase-one development of Liza, the first oil field discovered in the Stabroek Block, on Dec 20, 2019. With the utilization of the Liza Destiny floating production storage and offloading vessel (FPSO), the company expects to produce up to 120,000 gross barrels of oil every day from the field’s phase-one development.

For the second development phase of Liza, the upstream firm will employ the Liza Unity FPSO, which is currently under construction. Hess expects the FPSO to have a daily production capacity of 220,000 gross barrels of oil and commence operation by mid-2022.

Moreover, Hess projects production from the Payara Field, the company’s second oil discovery in the Stabroek Block, to commence in 2023. The upstream firm estimates daily gross oil production volumes from the field to be 220,000 barrels.

Overall, the company expects gross oil production volumes of more than 750 thousand barrels per day (MBOD) from its growing prospects in Guyana by 2025. 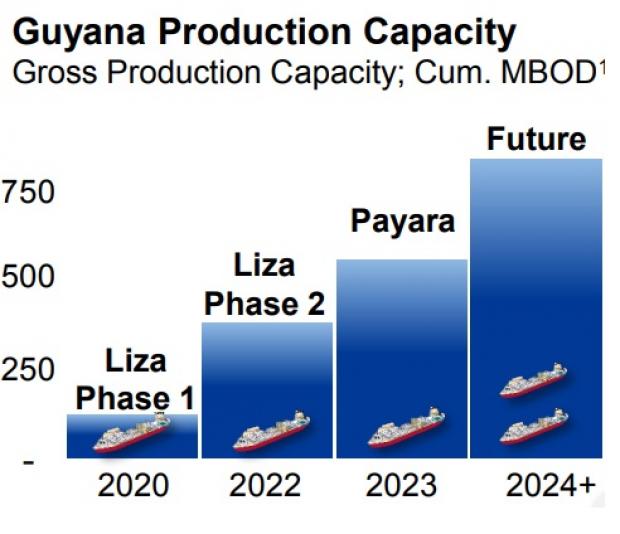 The company has roughly 550,000 net acres in the prolific Bakken play with more than 3000 drilling locations. With the application of lean manufacturing techniques, Hess has managed to increase the productivity of Bakken wells many folds while significantly decreasing drilling costs.

Notably, by 2021, the New York-based firm expects to grow its production from the shale play to roughly 200 thousand barrel of oil equivalent per day (MBOED). The company expects this development to fetch annual free cash flow of more than $1 billion post 2020.

There has been a significant reduction in unit costs that will continue to boost the company’s profitability.

Since 2017, there has been a steady reduction in costs per barrel of oil equivalent (BoE), and the company anticipates this trend to continue till 2021. Notably, the company expects its cash costs per BoE to decline 30% since 2017 through 2021.

Moreover, Hessprojects its depreciation, depletion and amortization (DD&A) expenses to reduce 35% through 2021 from 2017. 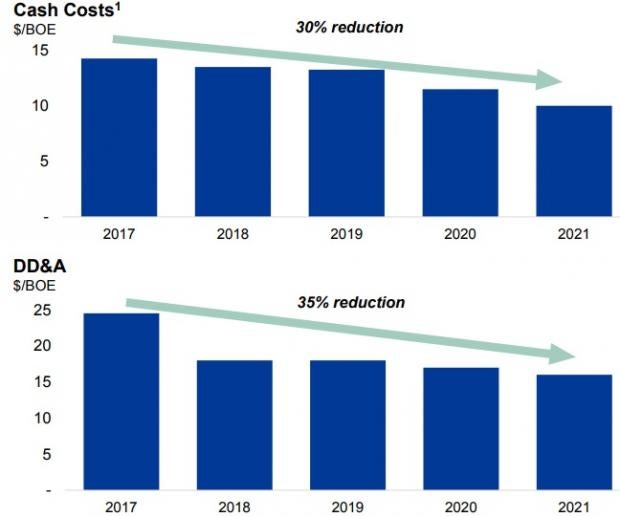 We expect the company’s strategic priorities to help the stock sustain the rally in 2020. Among the strategies that mainly impressed investors are the company’s initiatives to divest high-cost assets and to allocate the proceeds toward high growth and low-cost resources like Guyana and Bakken.

Hess’s investment grade credit rating will help to raise more capital from both debt and equity market for developing those world-class assets and to explore more prospects in offshore Guyana. In the Stabroek Block, the company has 30% interests, while CNOOC Limited and Exxon Mobil Corporation (XOM - Free Report) hold 25% and 45%, respectively.

W&T Offshore surpassed the Zacks Consensus Estimate for earnings in three of the past four quarters, the average positive earnings surprise being 342.5%.

Matador also has a solid earnings surprise history with the stock beating the Zacks Consensus Estimate for earnings in all the prior four quarters.

Why You Should Hold American Financial in Your Portfolio