United Airlines Holdings Inc UAL will suspend its nonstop flights between Dayton International Airport (DAY) and George Bush Intercontinental Airport (IAH) in Houston, TX, with effect from Mar 29, 2020. The termination of the service is due to weak demand on the route. Notably, the carrier began service to IAH in June 2018.

Nevertheless, United Airlines will continue to serve Dayton from its hubs in Chicago, Denver and Washington, DC.

The carrier, which has 14 Boeing 737 MAX jets in their fleet, recently extended the grounding period of the MAX aircraft to Jun 4 (from previously the aircraft was grounded through Mar 4).  As uncertainty lingers over the controversial aircraft’s return to service. Consequently, the airline expects to cancel approximately 56 flights a day in January and February.  As air-travel demand usually picks up in the subsequent months, flight cancellations at United Airlines are expected to rise to 80 in March and April as well as 108 in May and early June.

Numerous flight cancellations due to groundings and the consequent revenue loss have weighed on the company’s shares. Thanks to these factors, the stock significantly underperformed its industry in a year’s time. While the stock gained a mere 4.7%, the industry rose 12.4%. 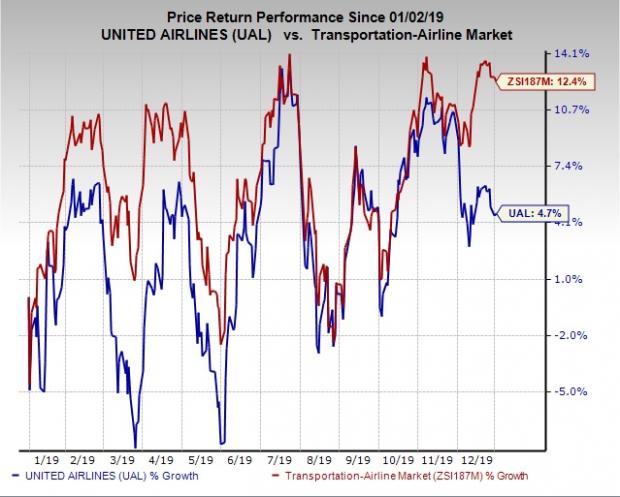 Shares of Ryanair, Allegiant and Controladora Vuela have rallied more than 21%, 67% and 95% in a year’s time, respectively.