Bell-Boeing’s primary product, V-22 Osprey, is a family of multi-mission, tiltrotor military aircraft, with both vertical as well as short takeoff and landing capabilities. It is designed to combine the functionality of a conventional helicopter, with long-range, high-speed cruise performance of a turboprop aircraft. This military aircraft can carry 24 combat troops or up to 20,000 pounds of internal cargo or 15,000 pounds of external cargo.

Apart from its wide usage domestically, this family of tiltrotors has been deployed in numerous missions overseas, including casualty evacuations, tactical recovery of aircraft and personnel, humanitarian assistance/disaster relief, resupply, VIP transport and theater security cooperation. Notably, MV-22 and CV-22 are two variants of the V-22 family of jets.

Increasing terrorist attacks globally and the rising threat from ISIS have compelled nations to strengthen their defense arsenal and bump up the budget for the same in recent times. The present U.S. administration is also in favor of raising defense spending in contrast to the budget sequestration enacted by the prior government.

The U.S. fiscal 2019 defense budget worth $718 billion further supports this fact. Notably, this budget includes a spending plan of $57.7 billion on aircraft, reflecting a massive surge of 166% from the approved fiscal 2019 aircraft spending.

Considering such a bountiful spending provision, defense majors like Boeing and Textron are witnessing increased flow of contracts from the Pentagon for their high-end defense products. The latest contract win by Bell-Boeing mirrors the same.

Per a Frost and Sullivan report, the global combat aircraft market is expected to see a CAGR of 0.3% to $47.2 billion by 2026 from 2017. Such growth can be attributed to the rise in global threats, geopolitical instabilities and increased defense spending. These projections should continue to boost demand for V-22 jets, which in turn is expected to further bolster the performance of these two defense contractors and drive their respective profit margins in the near term.

In a year’s time, shares of Boeing have gained about 7.2% compared with the industry’s 29.2% growth. 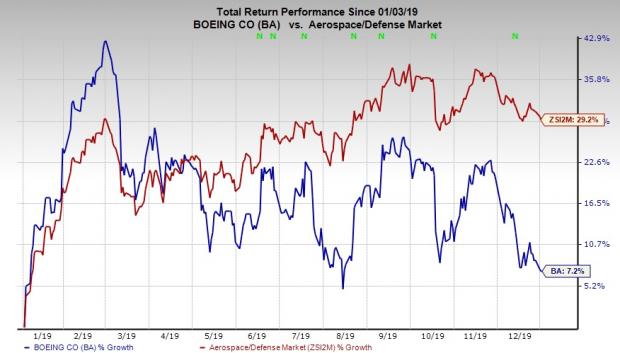 Meanwhile, Textron’s shares slipped 0.5% against the industry’s growth in the same time frame. 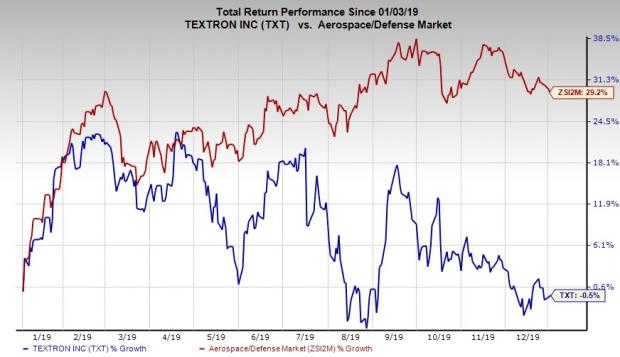 L3Harris Technologies delivered average positive earnings surprise of 5.02% in the last four quarters. The Zacks Consensus Estimate for 2020 earnings has climbed 6.6% over the past 90 days.

Leidos Holdings delivered average positive earnings surprise of 8.93% in the last four quarters. The Zacks Consensus Estimate for 2020 earnings has moved up 3.2% over the past 90 days.