Talos Energy (TALO) a Must Add to Your Portfolio: Here's Why

We are upbeat about Talos Energy Inc.’s (TALO - Free Report) prospects and believe it is a promising pick right now.

Let’s take a look at the other factors that make this upstream energy firm an attractive bet.

Talos is a leading offshore oil and natural gas exploration and production company, with presence in the Gulf of Mexico (United States) and Mexico. Through accretive mergers and success in upstream operations, the energy major has been able to consistently create significant shareholder wealth.

The company recently signed several accords to acquire acres of oil-rich resources in the U.S. Gulf of Mexico. The to-be-acquired assets have a production capacity of 19 thousand barrel of oil equivalent (MBoE/D). Of the total production volumes, oil contributes 65%. The total proven and probable reserves (2P reserve) from the resources have been estimated by the company at 68 million barrels of oil equivalent (MMBoE). Precisely, the resources that spread across more than 700,000 gross acres have huge prospects that will fetch the company with impressive free cashflow.

Moreover, the company has a strong balance sheet, with a debt-to-capitalization ratio of 39.98% versus the industry’s 42.77%.

Owing to the positives, Talos witnessed an outstanding 2019. Though the industry has declined 15.8% in the past year hurt by extreme volatility in oil prices, this leading offshore oil and gas producer has rallied 72.7%. 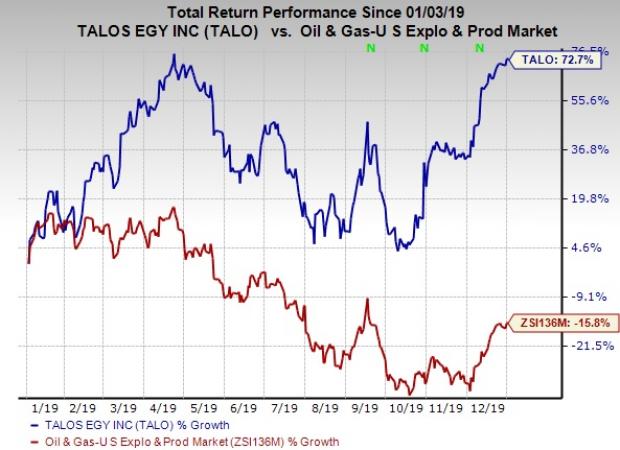 Murphy USA’s earnings beat the Zacks Consensus Estimate in three of the prior four quarters.