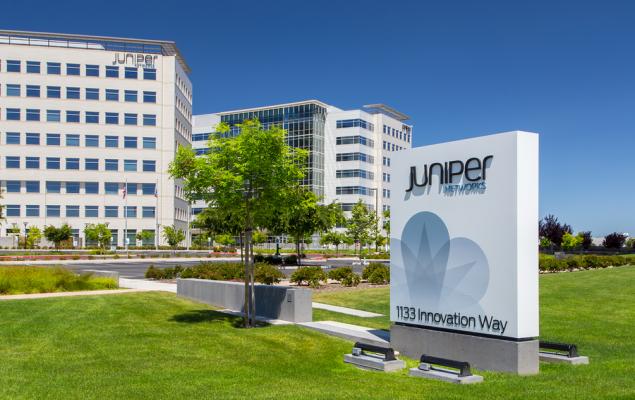 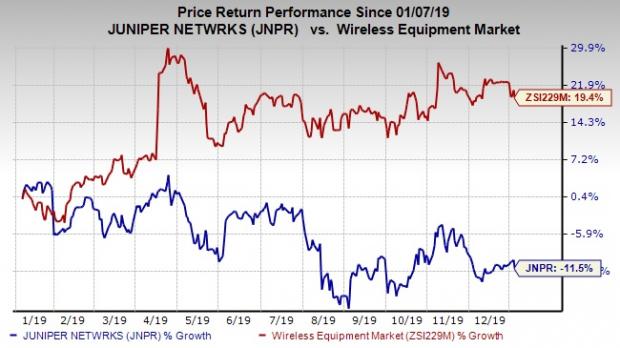 In 2019, the computer network equipment maker was fraught with business challenges owing to weak spending pattern of service provider customers, lingering effects associated with its sales transformation actions and macro-economic uncertainty due to a partial shutdown of the U.S. federal government and increase in China Tariffs.

Aggregate net revenues were $1,133.1 million (slightly below the midpoint of the company’s guided range) compared with $1,179.8 million posted in the year-ago quarter. This was due to weaker-than-expected trends within its service provider business. Challenges within this vertical more than offset healthy cloud and enterprise sales, both of which grew year over year. Concurrent with September-quarter results, Juniper announced that its board of directors has approved a $1 billion stock buyback authorization increase.

Despite operational headwinds, this Zacks Rank #4 (Sell) stock, with a market cap of nearly $8.2 billion, has impressed investors with its recent earnings streak. It topped estimates thrice in the trailing four quarters, the surprise being 7.9%, on average. The Zacks Consensus Estimate for its current-year earnings has been revised 1.2% upward over the past 90 days from $1.70 to $1.72.

We believe that the Sunnyvale, CA-based company has several growth drivers in place and enjoys a healthy foothold in its served markets. These should help it perform better in the quarters ahead. Notwithstanding short-term challenges within its service provider business due to weaker-than-expected trends, Juniper remains optimistic regarding its long-term growth prospects.

The company is performing well in a dynamic environment and expects to see improved momentum with its cloud customers through 2020. Notably, it has made significant changes to its go-to-market structure to better align its sales strategies with each of its core customer verticals. It plans to launch several products over the next few quarters, which are expected to further reinforce its competitive position across service provider, cloud and enterprise market.

Offerings include new MX line card that will strengthen its ability to capitalize on carrier 5G initiatives and new 400 gig platform that will improve its ability to capture data centric footprint particularly in the cloud. Enhancement to its Contrail Enterprise Multicloud platform will help its mid to large enterprise customers’ transition to a multicloud world with reduced cost.

In November 2019, Juniper communicated that it has advanced its global partner program, Juniper Partner Advantage 2020, in a way that helps fuel its business. With this enhancement, the company intends to support its partners drive growth through additional business and customer expansion while simplifying operations. Gordon’s team intends to build on these enhancements by executing on a sales strategy designed specifically to enable AI-driven wired and wireless opportunities through Juniper’s Mist Systems.

In December 2019, the company announced that it has collaborated with Russia’s largest digital services provider, Rostelecom, to reinforce large-scale modernization of communication transport solutions across Russia. Further, Juniper was selected by Orange Poland, a leading Polish telecommunication provider, to amplify the resilience and automation capabilities of its IP network core.

We will get a clearer picture of the state of affairs once the company reports its fourth-quarter 2019 financial results on Jan 27, after the closing bell.

Investors who are looking for solid profits in the year ahead may consider some better-ranked stocks in the industry. These include Qualcomm Incorporated (QCOM - Free Report) , Ubiquiti Inc. (UI - Free Report) and PCTEL, Inc. (PCTI - Free Report) , each sporting a Zacks Rank #1 (Strong Buy). You can see the complete list of today’s Zacks #1 Rank stocks here.