According to a report released by the U.K.-based aviation data firm — OAG — Delta Air Lines (DAL - Free Report) has emerged as the most punctual among leading U.S. carriers in 2019. Per OAG’s annual Punctuality League report, the on-time performance rating of this Atlanta, GA-based Zacks Rank #2 (Buy) carrier was 83.56% over the past 12 months. You can see the complete list of today’s Zacks #1 Rank (Strong Buy) stocks here.

However, Hawaiian Airlines — the wholly-owned subsidiary of Hawaiian Holdings (HA - Free Report) — emerged as the most punctual North American carrier in 2019, with an on-time performance rating of 87.4%.

Among the top 10 North American carriers, low-cost airline JetBlue Airways was the worst performer last year, in terms of punctuality with only 73.8% of its flights arriving on time.

Delta’s Solid Performance: Another Feather in the Cap

Delta put up a brilliant performance in 2019 backed by multiple tailwinds. As a result, shares of the company gained 17.2% in the year, outperforming its industry’s 13.4% gain. 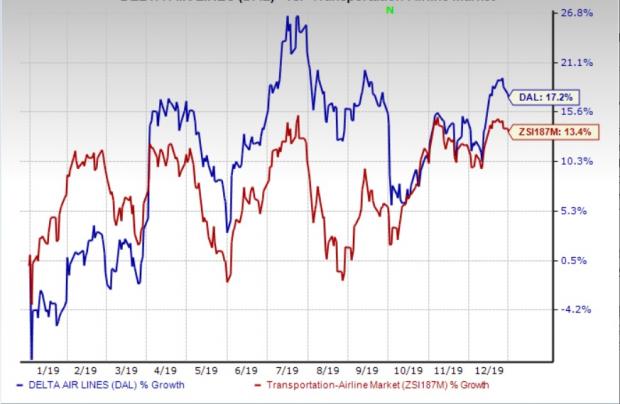 Moreover, in tune with its shareholder-friendly approach, Delta is likely to have returned approximately $3 billion to its shareholders in 2019 (at least 70% of free cash flow). The carrier’s continued efforts to expand operations are also noteworthy and are expected to drive its top line in the upcoming period. Additionally, as the carrier does not have Boeing 737 MAX jets in its fleet, it is immune to troubles that have arisen due to their prolonged groundings.

The impressive punctuality performance in 2019 is another positive for this company.

Why Should You Stay Away from Magellan Health (MGLN) Now?