Plug Power, Inc. PLUG recently announced that it entered into an agreement with a Fortune 100 customer at the end of 2019. Per the $172 million deal, the company will deploy hydrogen fuel cell across the customer’s distribution network over the next couple of years. 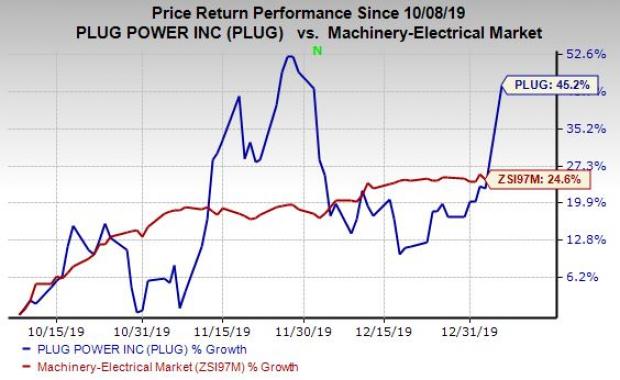