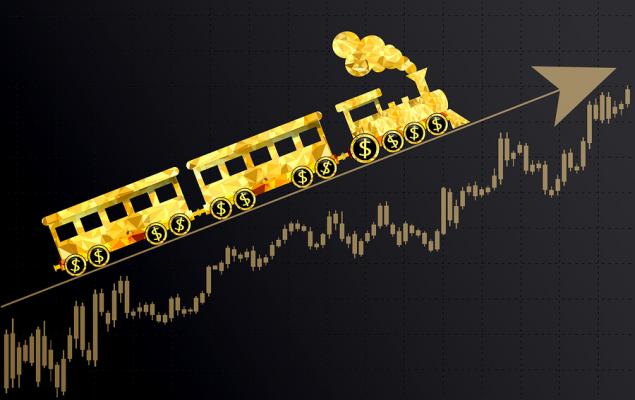 Will Canadian Natural (CNQ) Sustain Its Solid Thrust in 2020?

Canadian Natural Ltd. (CNQ - Free Report) is likely to retain its growth trajectory in 2020, courtesy of an impressive earnings performance in 2019 and robust production.

Buoyed by these tailwinds, this Zacks Rank #2 (Buy) stock has rallied 29.6% in the past year compared with the industry’s 11.6% growth. You can see the complete list of today’s Zacks #1 Rank (Strong Buy) stocks here.

The company is one of the largest independent energy companies in Canada and is engaged in exploration, development and production of oil and natural gas. The firm boasts a broad portfolio of low-risk exploration and development projects with strong international exposure yielding long-term volume growth at above-average rates.

Meanwhile, this Calgary-based company has an impressive history of acquiring assets that strategically fits the company’s profile in enhancing its competitive edge apart from boosting revenues and earnings.

The company is reckoned as a 'Canadian Dividend Aristocrat' with attractive yield. What’s more, it has a solid track record of dividend hikes. Last year’s payout marked the 19th consecutive hike.

In the third quarter, the company, which is committed to adding shareholder value, returned C$447 million and C$169 million via dividends and stock buybacks, respectively.

Canadian Natural reported third-quarter 2019 adjusted earnings per share of 79 cents, above the Zacks Consensus Estimate of 60 cents. The beat was driven by solid production. Precisely, this largest Canadian oil producer’s average daily output of 1,176,361 barrels of oil equivalent increased nearly 11% from the year-ago period and also surpassed the Zacks Consensus Estimate of 1,163,913 barrels of oil equivalent.

The Zacks Consensus Estimate for Canadian Natural’s 2019 earnings is currently pegged at $2.62, suggesting growth of 27.8% from the year-earlier reported figure. The same for the fourth quarter stands at 50 cents, indicating a rise of 412.5% from the prior-year reported number.

In the third quarter, the company generated cash and cash equivalents worth C$176 million. Notably, its debt-to-capitalization ratio was 34.7%.

We believe, these positive factors will continue to keep Canadian Natural in investors’ good books.

Is MoneyGram Poised to Ride on Online Transaction Growth?