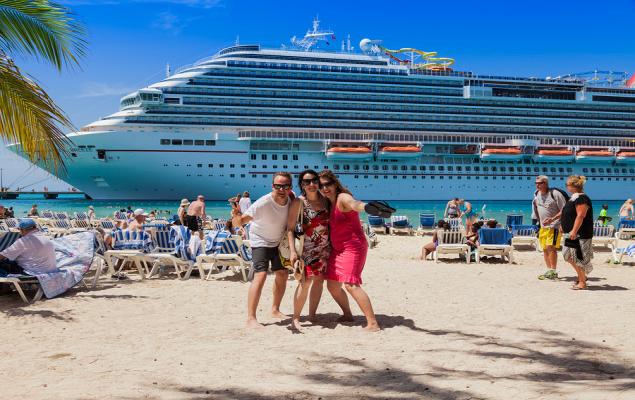 The company also plans to introduce 16 new ships to its fleet by 2025 in an effort to improve the overall guest experience.

Notably, Iona for P&O Cruises UK, Britain's favorite cruise line, will mark the brand’s first new ship after the introduction of Britannia in 2015.The ship is slated to operate from May 2020. Moreover, Enchanted Princess will be launched in the Mediterranean in June 2020. Costa Firenze will be Italian brand Costa Cruises’ second ship specifically designed for the market of China and is expected to start its operation from Oct 20, 2020. Also, Mardi Gras will be Carnival Cruise Line's first-ever ship, accelerating growth in the popularity of modern-day cruising. The ship is set to debut in November 2020.

Meanwhile, out of the 11 total next-generation cruise ships, P&O Cruises' Iona and Carnival Cruise Line's Mardi Gras will be the third and fourth cruise ships joining the fleet through 2025.

"We look forward to the delivery of four more spectacular ships, which will offer our guests the latest in onboard features and amenities – and help us continue our reputation for providing great cruise vacations that are significantly less than comparable land-based vacations," as stated by Roger Frizzell, chief communications officer of Carnival Corporation.

We believe that these launches are part of the company’s bid to formulate measured capacity growth over time that allows its global fleet to meet escalating demand for cruise vacations across the world. In fact, launching ships is part of its long-term strategy to build state-of-the-art vessels that aid in providing guests with a remarkable vacation experience at an exceptional value.

Carnival has adopted a strategy to grow beyond its familiar itineraries and capitalize on new markets. The Asian source market for cruises is expected to grow significantly on the back of higher consumer demand. The company is especially optimistic about the growth prospects of the Japanese and Australian markets.

By 2020, China’s cruise market is projected to grow to 4.5 million passengers, up from 1 million in 2015, as per data from the Chinese Ministry of Transport. By 2030, China is expected to become the world's second-largest cruise market after the United States.

We observe shares of Carnival have gained 5.7% in the past six months compared with its industry’s 4.4% growth.

Ctrip.com has an impressive long-term earnings growth rate of 14.8%.

SeaWorld reported better-than-expected earnings in three of the trailing four quarters, with the surprise being 31.9%, on average.

STUDIO surpassed earnings estimates in all the trailing four quarters, with the surprise being 90%, on average.

Last year it generated $24 billion in global revenues. By 2020, it's predicted to blast through the roof to $77.6 billion. Famed investor Mark Cuban says it will produce "the world's first trillionaires," but that should still leave plenty of money for regular investors who make the right trades early.