The Sherwin-Williams Company's (SHW - Free Report) shares have popped 42.5% over a year. The company has also outperformed its industry’s rise of 40.1% over the same time frame.

Sherwin-Williams, a Zacks Rank #3 (Hold) stock, has a market cap of roughly $53 billion and average volume of shares traded in the last three months is around 468.8K. The company has an expected long-term earnings per share growth of 11.9%. 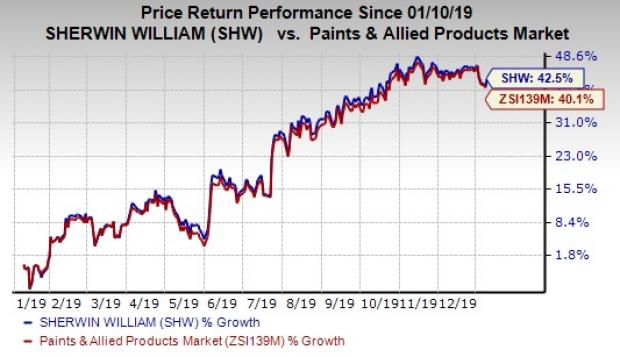 Better-than-expected earnings performance in the last two quarters, buoyant outlook and upbeat prospects have contributed to the gain in Sherwin-Williams' shares.

The company, in October 2019, raised its adjusted earnings per share guidance for full-year 2019 to the range of $20.90-$21.30. For the full year, Sherwin-Williams also expects a low single-digit percentage increase in net sales from 2018.

Growth prospects for Sherwin-Williams also look encouraging. The Zacks Consensus Estimate for earnings for 2020 currently stands at $24.18 per share, reflecting an expected year-over-year growth of 14%.

Sherwin-Williams is gaining from favorable demand in its domestic end-use markets, its focus on growth through expansion of operations, productivity improvement initiatives and the Valspar acquisition.

Sherwin-Williams also remains focused on expanding its retail operations, as reflected by an increasing number of retail stores. The company added 31 net new stores in the first nine months of 2019.

The company is also benefiting from synergies of the Valspar acquisition. The buyout has enabled Sherwin-Williams to strengthen its position as a leading paints and coatings provider globally. The company, in October, said that it expects to end 2019 at annual run rate synergies of around $415 million. It will release fourth-quarter and full-year results on Jan 30.

North American Construction has an expected earnings growth rate of 15.2% for the current year and carries a Zacks Rank #1 (Strong Buy). Its shares have gained 14% in the past year. You can see the complete list of today’s Zacks #1 Rank stocks here.

Armstrong World Industries has an expected earnings growth rate of 12% for the current year and sports a Zacks Rank #2 (Buy). The company’s shares have rallied 51% over the past year.

MasTec has an expected earnings growth rate of 8% for the current year and carries a Zacks Rank #2. Its shares have surged 38% in the past year. 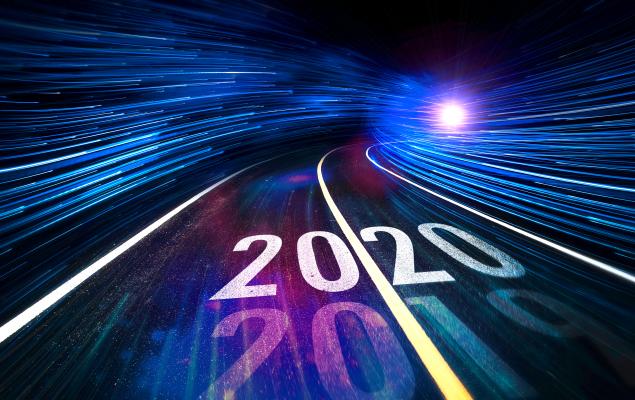