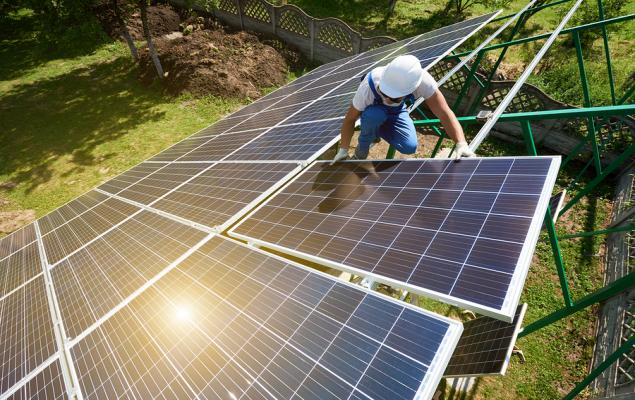 ReneSola Ltd (SOL - Free Report) recently signed a contract with Obton — an international solar investment company — to divest a portfolio of solar plants with a combined capacity of 15 megawatt (MW), in Hungary. This marks the second such sale agreement inked by this Chinese solar project developer, reflecting its aim to make the most of the expansion in Hungary’s solar market.

The portfolio consists of 25 small-scale solar plants, which are entitled under the Hungarian 25-year feed-in tariff scheme.

Hungary's solar photovoltaic (PV) power market is witnessing significant improvement in recent years. The Hungarian Energy and Public Utility Regulatory Authority (HEPURA) revealed in a report that Hungary’s installed PV capacity grew from around 726 MW at the end of 2018 to approximately 1,144 MW at the end of June 2019.

The Ministry for Innovation and Technology (ITM) disclosed that the China National Machinery Import & Export Corporation (CMC) will shortly start building a nearly 100-MW solar power plant in Kaposvár, South-West Hungary. This will be the biggest investment in this area within Central Europe and be another instance of the growing solar market in Hungary.

Per Hungary’s National Renewable Action Plan, renewables are expected to constitute 14.65% of the nation’s electricity supply by 2020. Such solid growth prospects of the Hungarian solar market thus encourage operators like ReneSola to build projects herein.

With this aim, last October, ReneSola sold a portfolio of small-scale DG projects, consisting of 24 solar plants, with combined capacity of 13.9 MW, in Hungary. Till September 2019, ReneSola’s pipeline in Hungary had more than 55 micro projects, with a total capacity of approximately 34 MW. Of the late-stage projects, 21 MW is under construction and expected to be connected to the grid in the first quarter of 2020.

Monetization of such a solid pipeline of projects, with the growing Hungarian solar market in the background, is expected to boost ReneSola’s profits.

Considering the aforementioned developments, it is imperative to mention that not only in Hungary, rather the entire world is going through a transition toward clean energy, with solar playing the role of a protagonist. Per International Renewable Energy Agency’s (IRENA) GLOBAL ENERGY TRANSFORMATION report, global electricity generation from solar energy is expected to increase to nearly 360 GW per year by 2050 from the current level of 109 GW.

Naturally, apart from expanding its footprint in Hungary and its domestic market, ReneSola is significantly enhancing its business in other international markets of Canada, Poland, France and Spain. Other solar players are following suit as well.

For instance, Canadian Solar (CSIQ - Free Report) caters to a geographically-diverse customer base spread across key markets in the United States, China, Japan, the U.K. and Canada as well as emerging markets in Brazil, India, Mexico, Italy, Germany, South Africa and the Middle East.

Another solar player, SunPower’s (SPWR - Free Report) customer base is currently spread across North America, Europe, the Middle East and Asia, while the company is rapidly expanding its presence in Japanese and Australian markets.

Shares of ReneSola have declined 7.5% in the past 12 months against the industry’s growth of 65.1% 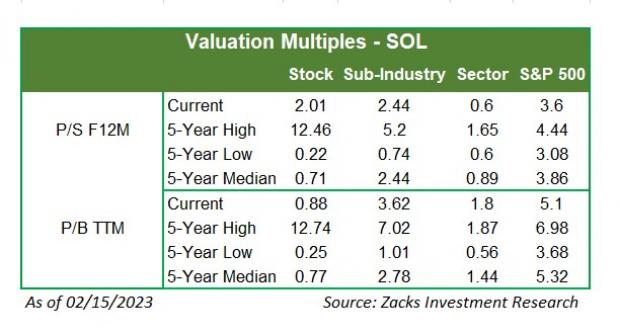 A better-ranked stock in the same space is Enphase Energy, Inc. (ENPH - Free Report) , which sports a Zacks Rank #1 (Strong Buy). You can see the complete list of today’s Zacks #1 Rank stocks here.

Enphase Energy surpassed the Zacks Consensus Estimate for earnings in the past four quarters, with positive surprise of 21.28%, on average. Its consensus estimate for 2020 earnings indicates year-over-year growth of 13.7%.