Simon Property to Offer Esports Experience at Mall of Georgia

Simon Property Group Inc. SPG recently announced that the Mall of Georgia in Buford, GA, will serve as its first joint esports venue as part of an alliance announced in June 2019 with Allied Esports, a global esports entertainment company.

The gaming destination, to be situated at The Village, will span across 13,000 square feet of space, serving players and community members of all levels. Further, as part of the Allied Esports Property Network, the two-level facility will feature regular amateur as well as professional esports tournaments and events across a wide array of games and genres. Also, the venue will offer PCs and consoles for everyday use, various food and beverage options and experiential retail along with full broadcast and streaming production capabilities.

The redevelopment of this retail space is expected to commence in the second quarter of 2020 and will likely be inaugurated in the second half of this year. Moreover, Mall of Georgia is the largest shopping destination in the Southeast and has many reputed names in its tenant coaster like Apple Inc. AAPL, Michael Kors, Coach, Sephora, Pandora, H&M, Von Maur, The Cheesecake Factory Incorporated (CAKE - Free Report) and J. C. Penney Company, Inc. JCP.

Per Simon Property's management, the new facility will complement the mix of shopping, dining and entertainment options at the mall. In fact, the alliance of Simon and Allied Esports aims at unveiling esports venues at Simon Property’s centers across the country and create a co-produced national amateur esports tournament — the Simon Cup — featuring online competition and in-person events at Simon destinations.

In line with this, the company arranged the tournament last year, in which thousands of people took part in online competition and regional finals at Roosevelt Field in Garden City, NY, and Ontario Mills, in Ontario, CA. However, only 64 players made it to the inaugural Simon Cup Grand Final at HyperX Esports Arena Las Vegas on Nov 23, 2019. Also, the winner was crowned the first Simon Cup champion and awarded $50,000 for shopping at a Simon destination.

Amid the retail apocalypse narrative, adoption of an omni-channel strategy and successful tie-ups with premium retailers have been a saving grace for Simon Property. The company has also been actively restructuring its portfolio, undertaking transformation measures of its traditional retail hubs into entertainment destinations and lifestyle resorts. Additionally, the company is making strategic efforts to help online retailers fortify their physical presence.

Moreover, Simon Property is exploring mixed-use development projects, which have gained immense popularity in recent years among people who prefer to live, work and play in the same area.Nevertheless, though such efforts bode well for long-term growth, implementation of the measures requires a decent upfront cost and therefore will limit any robust growth in profit margins in the near term.

Thus, shares of this Zacks Rank #3 (Hold) company have declined 2.6% over the past six months compared with the industry’s fall of 3%. You can see the complete list of today’s Zacks #1 Rank (Strong Buy) stocks here. 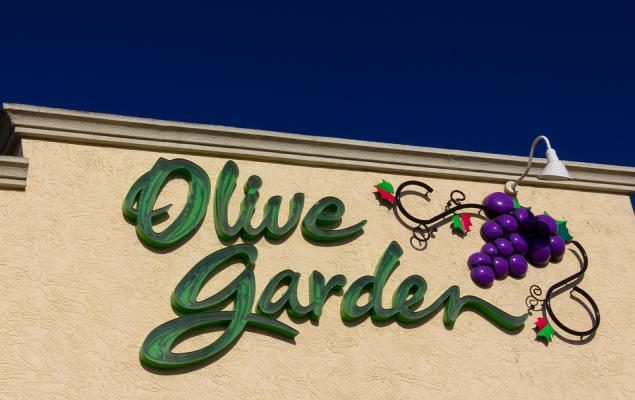