3 Beverage Makers Upping the Game in 2020 With Hard Seltzers

The beverage industry has undergone transformation with the arrival of hard seltzers, which took the alcohol-drinking American population by storm. The exponential rise of these products is a result of growing health-consciousness among drinkers and demand for better, refreshing beverages that offer more variety in terms of taste.

Last year was remarkable for hard seltzer producers, after the beverage hit the $1 billion mark in annual sales. Hard seltzers have managed to grab the American beverage alcohol market rather fast, growingfrom a little less than 1% in 2018 to 2.6% last year, according to market research firm IWSR.

According to Nielsen, beverage alcohol seltzer dollar sales jumped 169% to about $488 million on a 181% volume gain, against relatively flat off-premise retail sales of beer in 2018. In fact, hard seltzer volume in the United States hit around 82.5 million cases last year and volumes are expected to more than triple by 2023, to 281 million cases, per IWSR.

A major reasonbehind hard seltzer’s impressive sales last year was none other than health conscious millennials, who chose to drink hard seltzer over alcoholic beverages. Dave Burwick, president and CEO of The Boston Beer Company, Inc. (SAM - Free Report) , said that millennials are looking for refreshing options that aren’t high in “calories, sugar, or carbohydrates.”

Changing consumer preferences have always been a key driver of beverages, but the recent explosion of health-conscious consumers has led to higher demand for healthy beverages. This has boosted hard seltzer sales exponentially and has pushed even craft breweries to manufacture the beverage.

This trend is evident from low beer sales over the years. For the fourth consecutive year, beer consumption has fallen, by 2.3% in 2019, and the triple-digit growth of alcohol seltzer sales has led to tremendous hard seltzer sales from brands like White Claw, Truly and Bon & Viv.White Claw and Truly account for nearly 43% of the ready-to-drink beverages category (comprising cocktails and other lower-sugar, lower-calorie beverages).

In fact, the hard seltzer craze of 2019 was so impressive that Polar Seltzer got back into the alcohol business. Polar returned with Arctic Summer in the second quarter of 2019, a hard seltzer produced in collaboration with Mass Bay Brewing Co. and distributed by Atlas.

3 Hard Seltzer Stocks to Keep a Tab On

We have, therefore, selected three key players in the beverages industry that manufacture hard seltzers and plan to introduce more of these products in the near future.

Constellation Brands, Inc. (STZ - Free Report) , the manufacturer of the popular beer brands Corona and Modelo, is spending as much as $40 million on Corona hard seltzer, a range of products it plans to launch in spring.

Constellation Brands said that this investment is the biggest it has ever made in a single brand. The company plans to launch four flavors of the hard seltzer, namely tropical lime, mango, cherry and blackberry lime.

William Newlands, Constellation’s chief executive officer, said that the company’s research revealed that seltzer was taking share across the board from beer, wine and spirits, according to a FactSet transcript. Most of that share was from the beer category.

The Zacks Consensus Estimate for Constellation Brands’ current-year earnings has moved 0.7% north over the past 60 days. Shares of this Zacks Rank #2 (Buy) company have risen 17.4%, outperforming the Zacks Beverages - Alcoholindustry’s rise of 15% over a year. You can see the complete list of today’s Zacks #1 Rank stocks here. 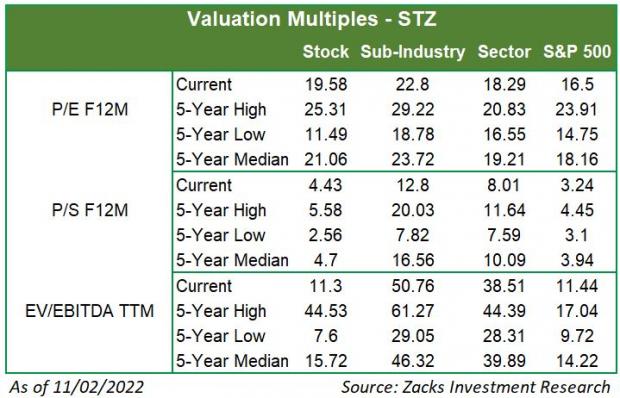 The said quarter went exceptionally well for Boston Beer, after it launched Truly Draft, came up with a new Watermelon Kiwi flavor and reformulated all flavors of Truly. The company also revealed plans to launch Truly Hard Seltzer Lemonade in early 2020.

The Zacks Consensus Estimate for The Boston Beer Company’s current-year earnings has moved 9.4% north over the past 90 days. Shares of this Zacks Rank #3 (Hold) company have risen 52.8%, outperforming the Zacks Beverages - Alcohol industry’s rise of 15.1% over a year.

The Coca-Cola Company (KO - Free Report) is all set to launch a new range of seltzers called AHA, which is replacing the company’s Dasani-branded sparkling waters. AHA’s first six flavor fusions are that of apple and ginger, blueberry and pomegranate, lime and watermelon, orange and grapefruit, peach and honey and strawberry and cucumber.

Two other flavors that contain 30 mg of caffeine, citrus and green tea, and black cherry and coffee are set to make their appearances as well. These products are expected to hit stores around March 2020.

Shares of this Zacks Rank #3 company have risen 17.9%, outperforming the Zacks Beverages - Soft drinksindustry’s rise of 13.3% over a year. 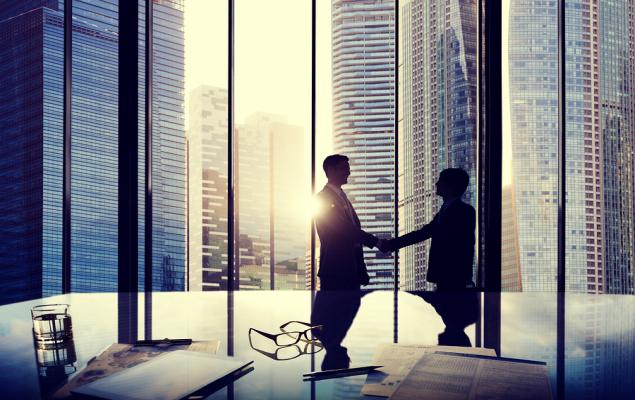