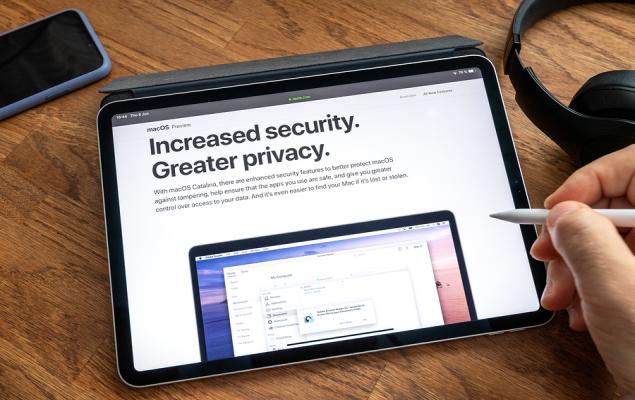 As the New Year winds through its first month, there’s news and views galore on what tech companies are up to. Here’s some of the action-

U.S. Attorney General William Barr isn’t pleased with Apple (AAPL - Free Report) because the company is apparently not cooperating with authorities with respect to the Dec. 6 terrorist attack at the Pensacola Naval Air Station base in Florida. Mohammed Saeed Alshamrani, the shooter, had two iPhones and successfully shot at one of the phones and managed to damage the other. While both phones were subsequently retrieved and fixed in the confrontation in which Alshamrani lost his life, they still couldn’t be searched on account of their being password protected.

Then began the usual to-and-fro between the FBI and Apple, with the government agency asking it to create a backdoor and Apple maintaining that a back door could be just as easily used by hackers, etc and therefore not a desirable thing to have.

Barr said, “We have asked Apple for their help in unlocking the shooters iPhones. So far Apple has not given us any substantive assistance.”

Analyst Tom Forte reiterated his buy rating on Apple shares while raising his price target from $300 to $375.

The analyst gave a number of reasons for his continued optimism, the primary of which was the 5G wireless upgrade cycle and Apple’s own handset launch in Fall 2020 that he expects will drive iPhone sales over the next two years.

Additionally, since the telecom upgrade by wireless carriers is increasing carrier costs on both the spectrum auction and the infrastructure buildout, they will be eager to drive sales through any means including “greater incentives to consumers to upgrade their devices and leverage their 5G networks."  This will help Apple.

With $79 billion remaining on its current stock repurchase authorization, the possibility for increased share buybacks remains according to the analyst.

And finally, the Apple Card credit card and other emerging businesses like AppleCare, iCloud, Apple Music, Apple TV+ and Apple Arcade that will grow in line with the growth in the installed base, will remain a strong driver.

Needham Roots for Roku, JP Morgan Thumbs Up to Netflix

The Needham team led by analyst Lara Martin is raising Roku’s (ROKU - Free Report) active account estimates for the end of 2019, as they expect positive impact from Disney+ adoption. They also expect the company to benefit from increased ad spending from Walt Disney (DIS - Free Report) , Netflix (NFLX - Free Report) , Apple and others as the “DTC Customer Acquisition War” heats up.

Both analysts were commenting on CES takeaways.

Since a picture is supposed to tell more than words, let me start with one-

As seen from the above, fourth quarter and 2019 PC shipment estimates from both Gartner and IDC are encouraging. It appears that the market has grown for the first time in years with the fourth quarter being particularly strong.

The main driver of this growth has been the end of life for Windows 7 that prompted many enterprises to upgrade to Windows 10 devices. Component shortages created difficulties but what Intel (INTC - Free Report) couldn’t deliver, Advanced Micro Devices (AMD - Free Report) made up in some cases.

The next twelve to eighteen months are however expected to be challenging as Windows 10 driven updates are more or less over while component concerns remain. A trade deal is also not done yet. On the positive side, there could be some momentum from 5G, dual and folding screen devices and gaming PCs in the back half.