The Sherwin-Williams Company SHW is benefiting from favorable demand in its domestic end-use markets, focus on growth through expansion of operations and productivity improvement initiatives amid certain headwinds including weak non-domestic demand. 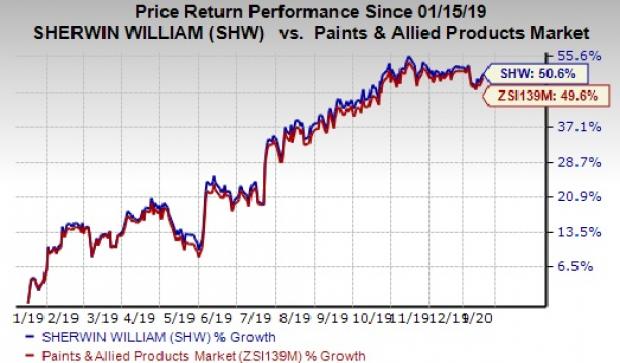