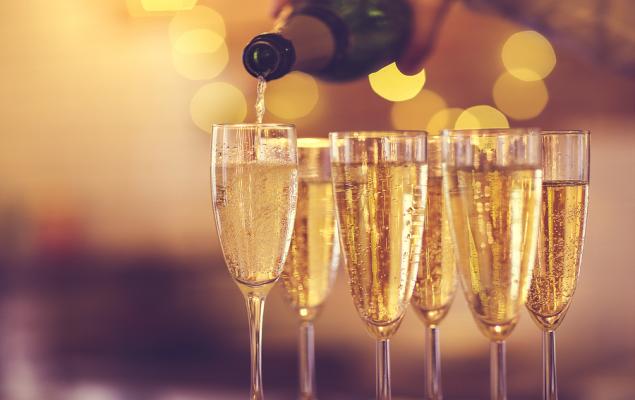 A potential trade war between long-term allies, the United States and France, was averted when the heads of the both countries agreed to hold off tariffs until the end of 2020. The bone of contention was the 3% digital tax on technology firms that France’s lawmakers decided to impose from January 2020.

The trade tensions were reportedly defused through a detailed discussion between President Trump and his French counterpart Emanuel Macron, after the former threatened to levy retaliatory tariffs to the tune of 100% on $2.4 billion worth of products made in France. These included items such as wines, champagnes, cheese, cosmetics and other luxury products. The stop-gap arrangement is merely keeping at bay a budding conflict from escalating, and the issue appears to be far from being fully resolved.

The French digital services tax is applicable to businesses with global revenues of more than €750 million ($845 million) and €25 million ($28 million) in France. The 3% tax will be levied on large technology companies that generate significant revenues from digital businesses, such as by collecting vast amounts of user data and selling targeted digital advertising. The tariffs are broadly based on the recommendations by Organization for Economic Cooperation and Development and seek to address the shortcomings of global taxation policy related to digital businesses.

Time and again, France has raised its voice against low tax payments by large multinational players despite having significant operations in the country. The proposed tax will largely apply to about 30 such companies, the lion’s share of which is U.S.-based technology firms. This, in turn, has led the tax to be widely referred to as the GAFA tax, an acronym for technology behemoths Google or Alphabet Inc. (GOOGL - Free Report) , Apple Inc. (AAPL - Free Report) , Facebook, Inc. (FB - Free Report) , and Amazon.com, Inc. (AMZN - Free Report) .

In retaliation, President Trump threatened to impose counter tariffs on a gamut of goods in the import basket from France. The French wines in particular bore the brunt of the trade spat, as the industry was already reeling under a 25% U.S. tariff in retribution to the subsidies Europe provided to aircraft maker Airbus. The proposed 100% tariff was likely to be a death knell to the U.S. wine shop owners and importers with minimal profits, triggering layoffs and increasing costs for consumers. The purported move was expected to lead to 17,000 U.S. job cuts within the sector per the Wine and Spirits Wholesalers of America estimates.

What made the French wines and champagnes more vulnerable to the tariffs are their unique taste and flavor that are virtually irreplaceable. Sellers hardly had any chance to substitute French champagne with sparkling wine from any other region, and were bound to have a hard time fulfilling the demand without passing the added costs to customers.

Light at the End of the Tunnel?

Per the Wine Institute, a public policy advocacy organization representing more than 1,000 California wineries and affiliated businesses, Americans consume nearly a billion gallons of wine each year. The consumption pattern is likely to evolve with a continued growth in overall demand as Boomers hit the retirement button and Millennials replace them as dominant purchasers of wine. The Millennials are also found to consume more foreign wines than other cohorts. Bulk imports are likely to continue to dominate the lowest price-point wine categories. This offers a significant upside for the wine industry that witnessed soft sales in 2018 and 2019 with shifting customer preferences and increased competition from legalized cannabis.

The trade truce has staved a bigger trade war that could have significant geopolitical and economic ramifications. Both the countries have agreed to continue their negotiations to seek a mutually agreeable solution. However, France’s Finance Minister Bruno Le Maire observed “It remains a difficult negotiation. The devil is in the details, and on many details we still need to find a common ground, but I think we are moving in the right direction.”

Terex Stock (TEX) Down 6% in a Year: Will It Bounce Back?