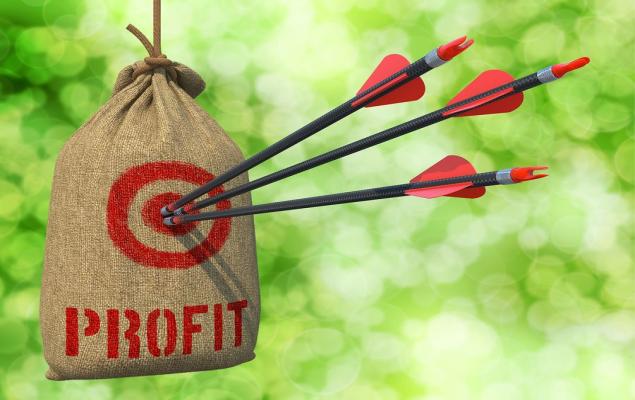 In the past five trading days, telecom stocks mirrored the broader S&P 500 Index and trended down amid fears of coronavirus outbreak hurting the global economy. With the U.S. Centers for Disease Control and Prevention reporting the first case of the contagious disease in the country, the markets remained apprehensive about possible repercussions. However, as the onus shifted to the corporate earnings season, markets gradually scripted a turnaround at the later stages of the week, driven by healthy sector earnings.

China has been one of the most important markets for U.S. telecom firms. Despite quarantines and other safety measures, coronavirus, which originated in Wuhan, China, reportedly spread across continents, disrupting normal business operations and supply-chain mechanisms of various companies. Widespread fears of a similar pandemic led by the SARS outbreak in the country in 2003 fueled uncertainty within the rank and files in the industry, leading to a downtrend. Most companies preferred to exercise caution and held their delivery schedules to and from the communist nation until the health risks were neutralized.

The U.S. Department of Justice has sought temporary restraining orders on five domestic companies for fostering the robocall menace. The federal authorities are actively trying to eliminate the spurious calls that threaten to con unsuspecting customers and have asked the telecom firms to step up efforts in this regard.

Meanwhile, defying President Trump’s advisories, the U.K. government has allowed China-based telecom equipment manufacturer Huawei to play a limited role in the 5G mobile network rollout across the country. Although Huawei’s participation has been mostly restricted to non-core areas that do not involve ‘sensitive functions’, it is likely to encourage other EU countries to follow suit and allow the company to gain a sizeable share in European markets. This, in turn, is likely to sow seeds of disharmony among the United States and its allies and compound problems for the industry in the future. The battle lines for 5G dominance is likely to be redrawn as Huawei CFO is fighting the U.S. extradition case in Canada, with a probable escalation in other prohibitory orders.

Regarding company-specific news, quarterly earnings and strategic collaborations took the center stage over the past five trading days.

1.      AT&T Inc. T ticked all the boxes it had set to achieve in 2019 and reported healthy fourth-quarter results with solid cash flow and adjusted earnings.

Excluding non-recurring items, adjusted earnings for the quarter were 89 cents per share compared with 86 cents in the year-earlier quarter, and exceeded the Zacks Consensus Estimate by a penny. Quarterly GAAP operating revenues decreased 2.4% year over year to $46,821 million, largely due to lower revenues from legacy wireline services, WarnerMedia and domestic video, partially offset by growth in strategic and managed business services, domestic wireless services and IP broadband. The top line missed the Zacks Consensus Estimate of $46,900 million. (Read more: AT&T Beats on Q4 Earnings, Achieves All Targets for 2019)

Quarterly core net income came in at $406 million or 46 cents per share compared with $539 million or 59 cents per share in the prior-year quarter. The bottom line, however, beat the Zacks Consensus Estimate by 2 cents. Quarterly core sales decreased to $2,851 million from $3,081 million recorded in the year-ago quarter. The top line, however, surpassed the consensus estimate of $2,680 million. (Read more: Corning Q4 Earnings & Revenues Top Estimates, Fall Y/Y)

Quarterly non-GAAP net income was $198.7 million or 58 cents per share compared with $205.7 million or 59 cents per share reported a year ago. The bottom line matched the Zacks Consensus Estimate. Fourth-quarter total net revenues were $1,208.1 million (above the midpoint of the company’s guidance) compared with $1,181 million reported in the year-ago quarter. The top line surpassed the consensus estimate of $1,190 million. (Read more: Juniper Q4 Earnings Match Estimates, Revenues Rise Y/Y)

4.     Ericsson ERIC reported unimpressive fourth-quarter 2019 results, wherein the top line and the bottom line missed the respective Zacks Consensus Estimate. However, both the figures improved on a year-over-year basis.

Net income for the December quarter was SEK 4,430 million ($460.8 million) or SEK 1.33 (15 cents) per share against net loss of SEK 6,553 million or loss of SEK 1.99 per share in the prior-year quarter. The improvement was mainly driven by higher sales and lower cost of sales. The bottom line, however, missed the Zacks Consensus Estimate by a penny. Quarterly net sales increased 4.1% year over year to SEK 66,373 million ($6,904.4 million), primarily driven by growth in the Middle East and North East Asia. The top line, however, missed the consensus estimate of $6,954 million. (Read more: Ericsson Q4 Earnings Miss Estimates, Revenues Rise Y/Y)

5.     Verizon Communications Inc. VZ recently teamed up with Dignitas to deploy best-in-class reliable and secured low-latency 5G technology for the nation’s 5G Gaming Center in Los Angeles. The alliance marks the latest endeavor in Verizon's 5G push for player-to-fan connectivity through real-time live-streaming gameplay in the studio and on the go.

Per the deal, Dignitas’ 2019 World Championship-qualifying team will exclusively practice in the state-of-the-art training facility for the League Championship Series, which commenced from Jan 25 in Los Angeles. Also serving as an abode for its League of Legends teams, the esports company will be responsible for leveraging Verizon’s 5G technology for the enhancement of real-time analytics, fan engagement and player performance, thereby offering seamless sporting experiences. (Read more: Verizon Partners with Dignitas to Leverage 5G in Esports) 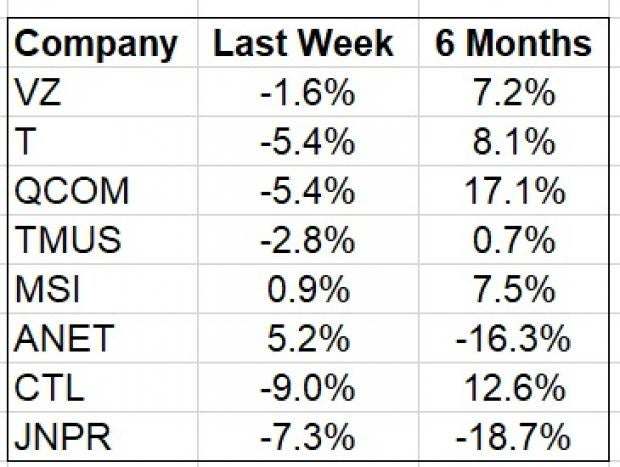 Over the past six months, the Zacks Telecommunications Services industry has recorded average growth of 3.6%, while the S&P 500 has rallied 9.2%.