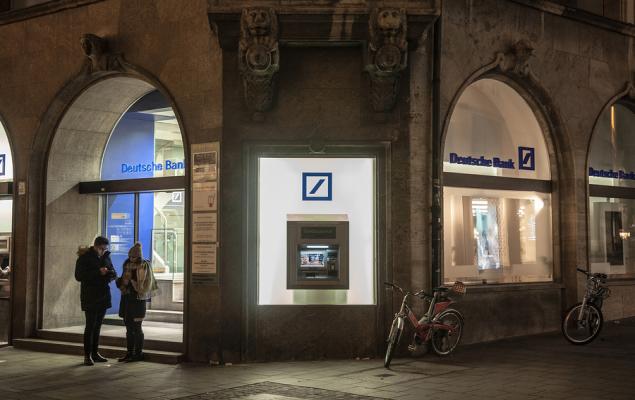 Fourth-quarter results were majorly affected by transformation charges of about €608 million ($673 million) and restructuring and severance expenses of €473 million ($523.8 million). Also, lower revenues and higher expenses were undermining factors. However, strong capital position and lower provisions were tailwinds.

The bank generated net revenues of €5.35 billion ($5.93 billion), down 4% year over year. Lower revenues across most of the segments, exit from Equities Sales & Trading and a challenging market environment led to this downside.

Net revenues at the Corporate Bank division of €1.29 billion ($1.43 billion) declined 5% from the year-ago quarter. Lower revenues in global transaction banking along with commercial banking led to the fall.

Provision for credit losses decreased 2% from the year-ago quarter to €247 million ($273.6 million).

Non-interest expenses of €6.4 billion ($7.1 billion) were up 13% from the prior-year quarter. Excluding restructuring-related charges, the bank reported adjusted costs of €5.1 billion ($5.65 billion), down 5.6%.

Deutsche Bank’s restructuring efforts aimed to boost revenues and drive improvement across all the business segments look encouraging. However, it is really difficult to determine how much the bank will gain, considering the lingering headwinds. Moreover, dismal revenue performance is a concern.

Huntington Bancshares HBAN reported a negative earnings surprise of 9.7% in fourth-quarter 2019. Earnings per share of 28 cents lagged the Zacks Consensus Estimate of 31 cents. The bottom-line figure also comes in 3.4% lower than the prior-year quarter reported tally.