Microsoft (MSFT - Free Report) reported second-quarter fiscal 2020 non-GAAP earnings of $1.51 per share, which beat the Zacks Consensus Estimate by 14.4%. The figure also surged 37% on a year-over-year basis (up 41% at constant currency or cc). 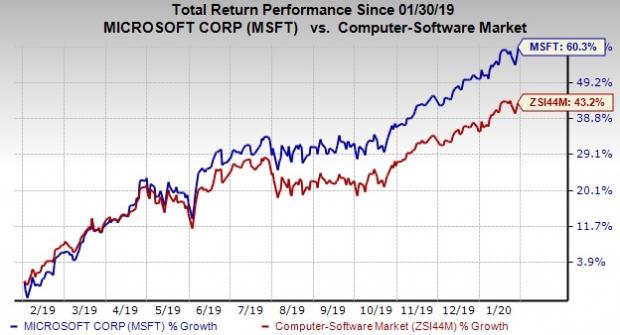