Hologic, Inc. (HOLX - Free Report) reported first-quarter fiscal 2020 adjusted earnings per share (EPS) of 61 cents, up 5.2% year over year. The bottom line was in line with the Zacks Consensus Estimate.

On a GAAP (reported) basis, the company’s earnings of $1.43 per share reflect a stupendous surge of 297.2% from the year-ago quarter.

Excluding the divested Blood Screening and Medical Aesthetics businesses, total revenues were $773.2 million, up 5% year over year and 5.4% at CER. Excluding the divestitures and the acquired SuperSonic Imagine (SSI) business, organic revenues of $767.1 million increased 4.1% and 4.6% in constant currency.

Revenues at the Breast Health segment increased 2% (up 2.4% at CER) to $331.1 million. Domestic sales drove Breast Health growth in the quarter, with 1.5% revenue rise year over year. However, outside the United States, Breast Health sales increased 5.5% in total but dipped 1.4% (without SSI) against robust growth of 16.1% in the prior-year period.

Although revenues at the GYN Surgical business grew 9.9% (up 10.2% at CER) to $119.1 million (which is the segment’s highest growth rate in 11 quarters), the Medical Aesthetic business revenues of $65.3 million reflects a 18.2% decline (down 17.7% at CER) in the reported quarter on the divestiture of the Cynosure Medical Aesthetics business.

In the fiscal first quarter, Hologic’s adjusted gross margin contracted 60 basis points (bps) to 61.6%. The downside was primarily due to the strong U.S. dollar, an adverse product and geographic sales mix, and divested Cynosure's weak performance.

At the end of the fiscal first quarter, net cash provided by operating activities was $113.9 million compared with $104.6 million a year ago.

Adjusted EPS is estimated at 61-63 cents for second-quarter fiscal 2020 (up by 5.2-8.6% on a reported basis). The Zacks Consensus Estimate for the same is pegged at 63 cents, which lies in the upper end of the company’s guidance range.

Hologic exited the first quarter of fiscal 2020 on a solid note. Strong top-line growth was led by a solid year-over-year rise in core businesses like GYN Surgical and Molecular Diagnostics. We are upbeat about the recent regulatory clearances for the Unifi Workspace reading solution and 3DQuorum artificial intelligence imaging technology in Breast Health, and the Definity cervical dilator in GYN Surgical. Also, the acquisition of a controlling interest in SSI started to contribute to the company’s top line.

On the flip side, both margins contracted in the quarter under review. Also, the company was hit by lower Brevera capital sales.

The Zacks Consensus Estimate for SeaSpine’s fourth-quarter 2019 revenues is pegged at $43.6 million, suggesting 14.7% growth from the prior-year reported figure. The same for loss per share is anticipated at 44 cents, implying a 16.9% improvement from the year-ago reported number.

The Zacks Consensus Estimate for DexCom’s fourth-quarter 2019 revenues is pegged at $457 million, suggesting 35.2% growth from the prior-year reported figure. The same for adjusted earnings per share stands at 72 cents, implying a 33.3% improvement from the year-earlier reported figure. 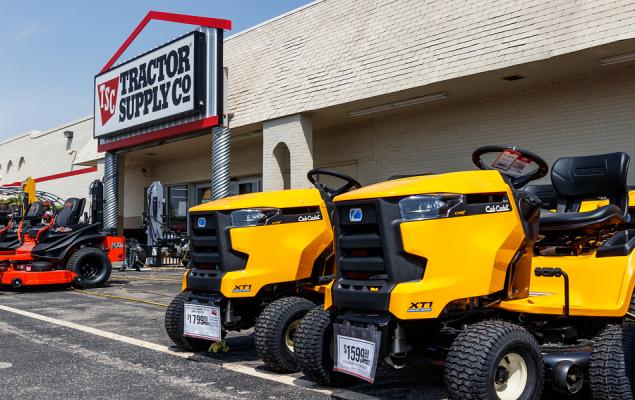