Shares of Aptiv have gained 23.1% in the past year, against 2.2% decline of the industry it belongs to. 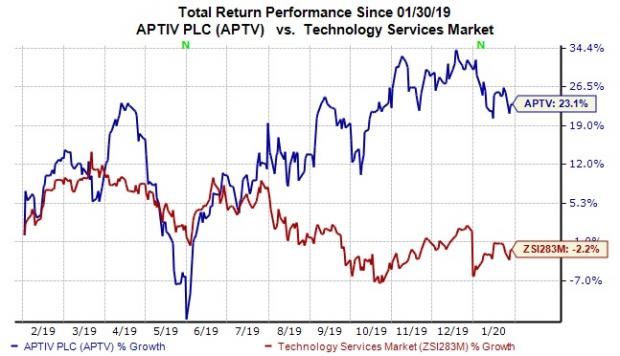 During the fourth quarter, Aptiv returned $86 million to shareholders through share repurchases and dividends. The company repurchased shares for roughly $30 million and paid out $56 million in dividend payments.

The company expects adjusted earnings in the range of 86 cents to 94 cents per share, lower than the Zacks Consensus estimate of $1.24.

Net sales are anticipated between $3.47 billion and $3.57 billion, lower than the Zacks Consensus Estimate of $3.76 billion.

Adjusted earnings are expected in the range of $4.75-$5.05 per share, the midpoint of which is below the Zacks Consensus estimate of $5.4.

Net sales are anticipated between $14.5 billion and $14.9 billion, below the Zacks Consensus Estimate of $15.1 billion.