2. Hawaiian Holdings’ fourth-quarter earnings (excluding 8 cents from non-recurring items) of 99 cents per share outpaced the Zacks Consensus Estimate of 87 cents. However, the bottom line edged down 1% year over year. Although quarterly revenues of $708.1 million missed the Zacks Consensus Estimate of $709.3 million, the figure inched up 1.5% year over year.

3. Allegiant’s fourth-quarter 2019 earnings of $3.72 per share fell short of the Zacks Consensus Estimate of $3.87. However, the bottom line surged 45.3% year over year, driven by lower fuel costs and higher revenues. Total operating revenues increased 11.9% year over year to $461.1 million on the back of a 10.8% rise in passenger revenues.

Moreover, the top line surpassed the consensus mark of $460.2 million. The company still expects earnings per share between $16.5 and $19 for 2020. (Read more: Allegiant Travel's Q4 Earnings Miss Estimates, Up Y/Y).

Ryanair reported a 13% increase in revenue per guest rose backed by 9% higher fares in the December-end quarter. The carrier still expects fiscal 2020 profit after tax in the €0.95-€1.05 billion range. Fiscal 2020 revenue per guest is expected to be up 3-4%. Fuel bill for fiscal 2020 is anticipated to rise €440 million from the fiscal 2019 levels. Non-fuel unit costs are projected to rise by roughly 2%.

Meanwhile, Ryanair’s January traffic report was impressive, with the metric (including 0.5 million from its LaudaMotion unit) increasing 5% year over year to 10.8 million. Additionally, the load factor increased to 92% from 91% a year ago. Ryanair operated more than 62,000 scheduled flights in January. 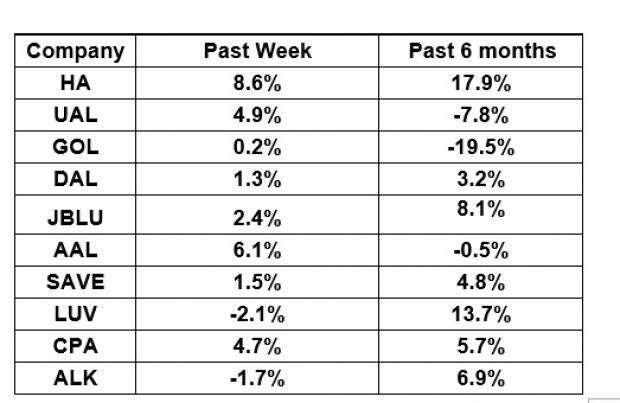