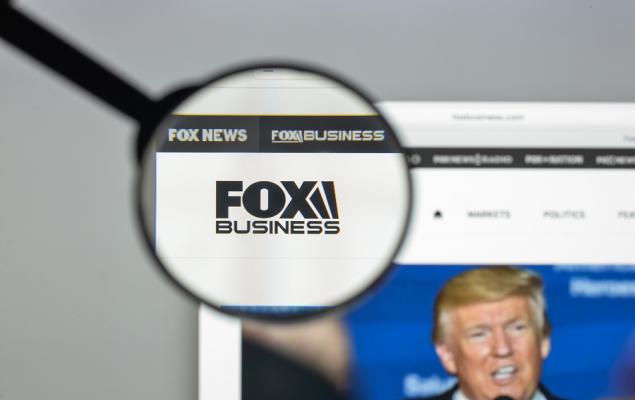 Fox Corporation FOXA reported second-quarter fiscal 2020 adjusted earnings of 10 cents per share that beat the Zacks Consensus Estimate of a loss of 4 cents but declined 76.7% year over year.

Other revenues (8.8% of revenues) rose 32.3% from the year-ago quarter to $332 million, driven by higher revenues from the operations of FOX Studios Lot for third parties.

Other revenues improved 22.4% on a year-over-year basis, driven by higher revenues generated from pay-per-view boxing and increased sports sublicensing revenues.

Affiliate revenues improved on increased programming fees from third-party FOX affiliates and higher average rates per subscriber for the company’s owned and operated stations. Other revenues grew primarily owing to the consolidation of Bento Box, which was partially offset by lower digital content licensing revenues.

While Liberty Global is set to report quarterly results on Feb 13, both Casa Systems and ViacomCBS will report on Feb 20.