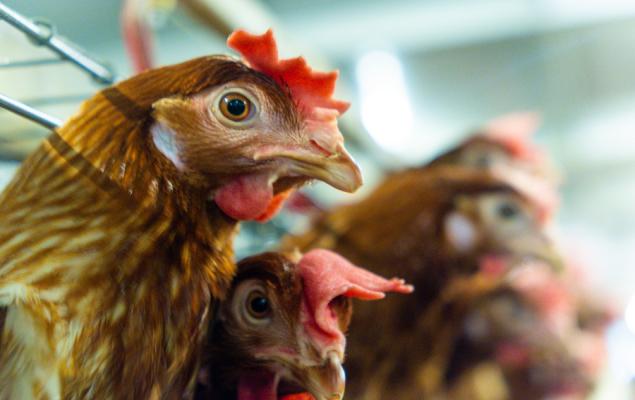 Tyson Foods, Inc. TSN posted first-quarter fiscal 2020 results, wherein earnings and sales missed the Zacks Consensus Estimate. Also, the bottom line declined year over year. We note that shares of the company have lost 2.4% in the past six months against the industry’s growth of 1.7%.

Nevertheless, the top line increased year over year on improved sales in pork, prepared food and beef categories. Moreover, the company witnessed a healthy performance in the chicken segment despite pricing challenges.

Adjusted earnings for the reported quarter were $1.66 per share, missing the Zacks Consensus Estimate of $1.70. Additionally, the bottom line declined 5.1% year over year.

Gross profit for the fiscal first quarter came in at $1,440 million, up 6.3% from the prior-year quarter. Gross margin remained flat at 13.3%.

Beef: Sales in the segment dipped 2.2% to $3,838 million. Sales volume contracted 8% year over year owing to lower live cattle processing capacity stemming from the closure of a production facility due to fire. Average sales price rose 5.8% on robust demand for beef products. Adjusted operating income improved almost 34.4% to $410 million and adjusted operating margin expanded 290 bps to 10.7% during the quarter.

International/Other: Sales in the segment were $498 million, up from $143 million reported in the prior-year quarter. Sales volume and average selling price improved remarkably.

This Zacks Rank #2 (Buy) company exited the quarter with cash and cash  equivalents of $497 million, long-term debt of $9,772 million and shareholders’ equity of $14,566 million.

In the quarter under review, cashprovided by operating activities of $894million. Further, management still projects capital expenditure to be approximately $1.3 billion for fiscal 2020.

For fiscal 2020, USDA expects overall domestic protein production (chicken, beef, pork and turkey) to rise 3-4% year over year. A greater portion of the upside is likely to be absorbed by export markets.

Moving on, management anticipates industry-fed cattle supplies in the beef unit to rise roughly 1% in fiscal 2020 as compared to fiscal 2019. For pork, the company envisions increased industry hog supplies to the tune of nearly 4% year over year. Also, livestock costs are projected to grow in fiscal 2020.

Additionally, chicken production is estimated to rise 4% in fiscal 2020, per USDA. Speaking of the prepared foods segment, input costs are likely to remain high throughout the fiscal year. Having said that, the company forecasts pricing action to provide some cushion to the said unit.

Moreover, its international segment is anticipated to improve in fiscal 2020, driven by enhanced foreign operations coupled with gains from recent acquisitions.

Kellogg Company K has an expected long-term earnings growth rate of 6% and a Zacks Rank #2 (Buy).