Tesla (TSLA - Free Report) bulls have been running well-deserved victory laps this week as the stock surged 46% in just the first two days. I'm not talking about bulls who thought about buying at $350 in December and then eventually chased it higher at $650 in January.

I'm talking about early investors like Ron Baron, who I profiled in my January 23 video and article Tesla to $6,000 and SpaceX to the Moon?

And I'm talking about early analysts like our own Brian Bolan who bought shares at $39 not long after its 2010 IPO because as a technology-focused investor he recognized the long-term potential of this hugely-disruptive innovator. He celebrated early when he bought himself a Model X last summer. And yes, he still loves it.

In the video that accompanies this article, I interviewed Brian for over 20 minutes as we discussed the maverick car company from multiple angles, including valuation metrics, the future of autonomous driving, and the massive short squeeze in TSLA shares that drove them over $950 on Tuesday.

A Bull Who Switched Teams

I also make a big blunder in the video when I gave credit to Morgan Stanley analyst Adam Jonas for being an early and steadfast bull on Tesla. Unfortunately (for him), after years of believing in Tesla, Adam switched teams in Q4 when he stuck to a bearish call and $250 price target, even as shares were breaking out above $400 (or $420 if you prefer). Here's what he told his clients in a research note...

“We are not bullish on Tesla longer term, especially as, over time, we believe Tesla could be perceived by the market more and more like a traditional auto OEM. We are prepared for a potential surge in sentiment through 1H20 but question the sustainability.”

This is precisely the view that I rejected in my January 20 video after I was awoken by 3 reasons to be bullish on Tesla and to buy the stock at $500:

Volkswagen CEO Herbert Diess, speaking to company managers in Berlin in mid-January, said “We are valued like an automobile company, while Tesla is valued like a tech company."

This was not the first time Diess publicly recognized the disruptive force of Elon Musk in his industry. After Tesla surprised investors in late October with its Q3 sales, deliveries, and a big jump in profits to $1.86 in EPS -- blowing away analyst consensus for a loss by $2 -- Bloomberg reporter Christoph Rauwald described Diess's reaction to Model 3 sales as turning Tesla into a rival that Volkswagen (VWAGY - Free Report) takes very seriously.

At an event where VW was presenting the new Golf hatchback late Thursday October 24, "Diess quibbled with reporters who suggested Tesla is in trouble because it’s too small," wrote Rauwald.

“Tesla is not niche,” Diess said in Wolfsburg, Germany, where VW is based. “The Model 3 is a large-series model and they are one of the biggest manufacturers of electric-car batteries.”

Based on the views of Diess, I suddenly realized that Tesla could trade at a much higher multiple than traditional car companies. At $500 and just over a $90 billion market cap, TSLA was trading 3 times sales on Jan 20.

I decided growth investors could pay that, even though VW was valued in the opposite direction at only 1/3 of sales totaling $277 billion last year. And if you are truly a Technology company, what's stopping Tesla investors from paying over 5X forward sales. Even the disruptive innovator NVIDIA (NVDA - Free Report) trades at over 10X sales while stalwart Intel (INTC - Free Report) is valued 4X sales.

2) It's the Deliveries, Dummy!

What woke up investors (and me) in Q4 was that Musk was convincingly on his way to make good on his promise of delivering over 350,000 vehicles in 2019. And while Toyota Motor (TM - Free Report) probably delivered over 2.5 million vehicles last year, they are not growing sales at 30%, with gross margins over 20%, while doing it.

This is what started the bonfire in TSLA shares in October, with consecutive 30 million volume days on the 24th and 25th, launching the stock back above $300 for the first time since February 2019.

Unfortunately (for me), I wasn't paying attention to any of that big October and November buying. But TSLA shares breaking out above $400 in December told me something new and different was going on with investors views of the chaotic innovator with the "disruptive" CEO.

While Adam Jonas was doubling-down bearish in December, serious investors were telling you with their money that they wanted a piece of the potential when Musk could deliver more cars and turn up the cash flow spigot.

A fourth reason I offered in that Jan 20 video (on MLK Day) was that the prior day, NASA and Musk's SpaceX successfully tested the abort capabilities of the Dragon crew capsule launched on a Falcon rocket. This mission was an essential next step in letting NASA astronauts use the equipment to fly into space and the entire NASA team from engineers to astronauts was very excited about the partnership.

My immediate reaction that Sunday was that Musk continually surrounds himself with the best engineering talent in the world. And that means he can solve just about any problem that the market and technology throw at him.

This is especially true when you compare his position with Tesla to traditional auto makers like General Motors (GM - Free Report) and Ford (F - Free Report) who find themselves cutting costs to hold margins, while Tesla is still in a massive investment phase with new factories in China and soon Germany which are fueled by strong pricing power for his aspirational vehicles.

In the video interview with Brian Bolan, we talk about the dynamics which drove TSLA from $550 to $950 in just 10 days. Several factors conspired, not least of which was another stellar quarter for the company reported on January 29.

According to the investor press release, "2019 was a turning point for Tesla. We demonstrated strong organic demand for Model 3, returned to GAAP profitability in 2H19 and generated $1.1B of free cash flow for the year. We achieved strong cash generation through persistent cost control across the business."

This report inspired Oppenheimer analysts to raise their price target on Tesla to $684. You can see how the bonfire got more wood to burn.

In my interview with Brian Bolan, he describes the importance of the new Model Y in the fleet and why profits are expected to soar this year to nearly $8 EPS.

Also contributing to the euphoria in TSLA shares this week was the long-term element I talked about Jan 20: ARK Invest CEO Catherine Wood raising her TSLA price target from $4,000 to $6,000.

And a third major element to the 75% "Falcon Heavy" moonshot of TSLA shares was new retail traders who had serious FOMO (fear of missing out). Word is that 12,000 Robinhood brokerage customers were first time TSLA buyers Tuesday above $700. Ouch!

On Wednesday, Yahoo Finance reporter Myles Udland gave Adam Jonas a chance to explain what he missed. In a note to clients published Tuesday, the Morgan Stanley analyst tried to make sense of the recent rally, outlining his 5 key thoughts for the stock at $780, a share price commentary that was quickly in the rear-view mirror since Tesla opened at $865!

One of Jonas’ areas of exploration was the “super bull case” for Tesla that creates a potential path towards the company becoming the most valuable auto company in the world. As of Tuesday’s close, Tesla’s market cap was just below $160 billion, not too far off the $200 billion market cap assigned to Toyota, currently the world’s most valuable carmaker.

As the dominant supplier of EV batteries and powertrain technology for the market, Jonas sees a path towards Tesla earning $8 billion in annual profit, which valued at 10x implies $400 of value per Tesla share today. Similarly, Tesla earning $5/month on subscription revenues from its autonomous driving software could earn $5 billion in annual profit. Value these profits at 15x and Jonas sees another $400 of per-share value for Tesla.

Of course, much of this speculation is Jonas trying to see the massive upside after he glaringly advised his followers to miss most of it.

Other i-bank analysts who were headed in the right direction last month were from Jefferies and Deutsche, according to TheFly.com...

Jefferies analyst Philippe Houchois raised his price target for Tesla (TSLA - Free Report) to $600 from $400 and kept a Buy rating on the shares. It would be wrong to exit Tesla on valuation, Houchois said. Tesla is the only car manufacturer engaged in a "positive-sum game" in electric vehicles amid rising market acceptance, and its auto business should turn profitable this year excluding tax credits, contended the analyst.

Deutsche Bank analyst Emmanuel Rosner raised his price target for Tesla to $455 from $290 while keeping a Hold rating on the shares. Tesla "truly seems to be currently firing on all cylinders," with the recent start of China production, a large step-up in regulatory credit revenue from January 2020 thanks to the deal with FCA, start of production of Model Y in the near-term and the building of a factory in Europe, Rosner said.

The DB analyst raised his earnings trajectory for Tesla through 2025 as a result. However, with the stock hovering around all-time highs, Rosner worries investor sentiment has "gotten bullish too fast, ignoring some of the nearer-term execution risks." This is especially the case in China, where it is difficult to gauge in the near-term due to a recent slump in new energy vehicles sales, contended the analyst.

My take: Wait for Tesla to come back to earth and then start scaling in with small positions and/or LEAP call options between $550 and $450. This plan could take several quarters to complete. 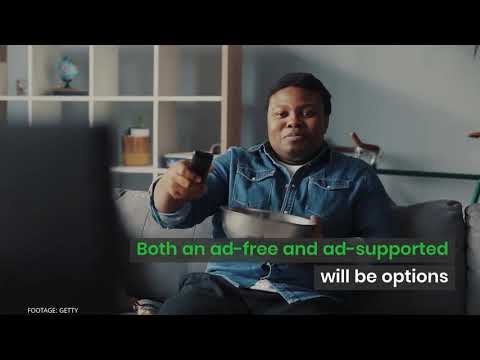