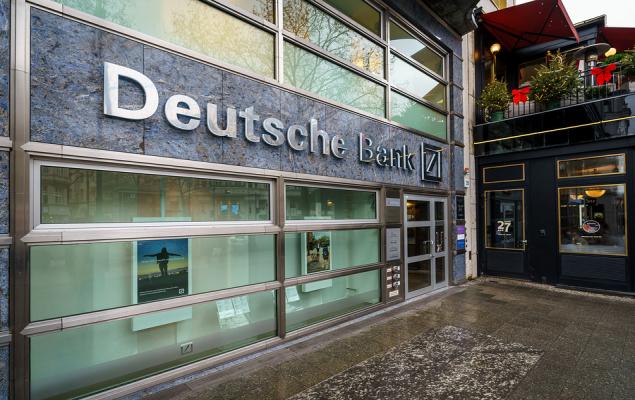 Deutsche Bank AG (DB - Free Report) is likely to increase bonus for its asset management segment by as much as 10% despite reporting net loss in 2019. The news was reported by Bloomberg.

The higher bonus pool is reflective of increased profits and assets in the segment. Notably, asset management was the only core division to report solid rise in net revenues. Also, it was successful in recording net inflows in the year.

Per the article, a 5-10% bigger bonus pool has been assigned to the DWS Group, the publicly listed asset management company in which Deutsche Bank has 79% stake. In 2018, the unit had received 175 million euros, just under 10% of the German lender’s total pool.

Overall variable compensation at Deutsche Bank might fall about 20%, and around 30% in the investment bank itself. Also, bonuses for individual board members are expected to be halved following not so great performance in 2019. Notably, the savings will be utilized to fund the major turnaround plans of CEO Christian Sewing.

Among other banks, Credit Suisse CS did not give any bonus to its investment bank unit for the second time in a row due to its unsatisfactory performance. Also, the same for employees working in advisory and capital markets business will be reduced by high teens percentage, per a Financial Times article.

JPMorgan JPM kept bonuses for its corporate and investment bank almost flat for 2019. Investment bankers at Barclays BCS might face a double-digit fall in their bonus pool in order for the company to meet profitability targets.

Shares of Deutsche Bank gained more than 13% on Thursday on investors’ optimism over the news that U.S. money management firm Capital Group has bought a 3.1% stake in the German lender. This comes as good news for the bank, which has long been struggling to boost its financial performance post announcement of restructuring plan in July, including reduction of a fifth of the workforce and exiting equities trading.

Despite various strategies to strengthen financial performance, Deutsche Bank’s profitability is threatened by its involvement in persistent legal hassles and low rate environment in the domestic economy. Also, litigation issues related to past misconducts and related costs might hamper bottom-line growth.

Shares of the company have gained 26.6% over the past year against 4.6% decline recorded by the industry.