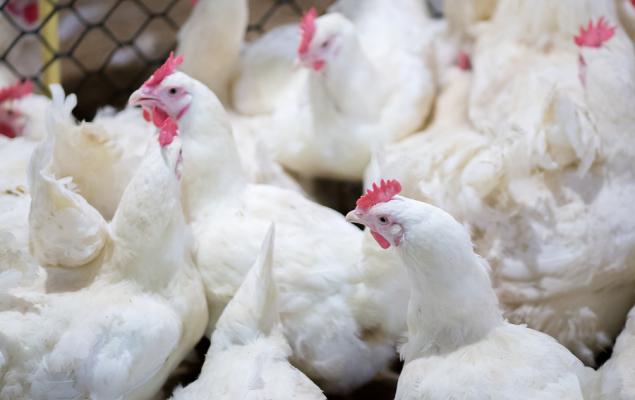 Adjusted earnings came in at 76 cents per share, missing the Zacks Consensus Estimate of $1.14 in the first quarter. Also, the figure decreased 31.5% from the year-ago quarter.

Post Holdings generated operating profit of $196 million in the reported quarter. This depicts a decline of 33.3% from $293.9 million in the year-ago quarter.

Post Consumer Brands: Sales in the segment fell 3.1% year over year to $441.2 million in the quarter. Volumes declined 3.4% due to increased promotional activity in the year-ago quarter coupled with customers’ shopping patterns.

Foodservice: Sales grew 3.1% to $420.6 million in the quarter under review. Moreover, volumes grew 3% on increased egg and potato volumes.

Refrigerated Retail: Sales in the segment were $249.9 million, down 4.5% from the year-ago quarter. Further, volumes fell 7% due to side dish volume growth.

Active Nutrition: Sales of $244 million rose 31.3%, with volume growth of 38.4% in the reported quarter. This upside can be attributable to distribution gains for RTD protein shakes and solid average net selling prices.

On Jan 13, Post Holdings announced the termination of its deal with TreeHouse Foods THS, per which the former was about to acquire the latter’s private label RTE cereal business.

Cash provided by operating activities was $108.4 million in the first quarter of fiscal 2020. Further, the company approved a new share repurchase program of $400 million on Dec 6, 2019, for two years. During the quarter under review, Post Holdings bought back 2.2 million shares worth $223.1 million. Following this, it had $367.9 million remaining under its new share-repurchase plan at the end of the first quarter.

Management reiterated its fiscal 2020 view, which includes a 100% contribution from BellRing but excludes contributions from 8th Avenue. Adjusted EBITDA for the fiscal year is still anticipated to be $1.22-$1.27 billion, expecting the second half of fiscal 2020 to be more favorable. Further, the company continues to expect capital expenditure of $240-$260 million.

Notably, shares of this Zacks Rank #4 (Sell) company have declined 1.2% in the past three months against the industry’s growth 2.4%. 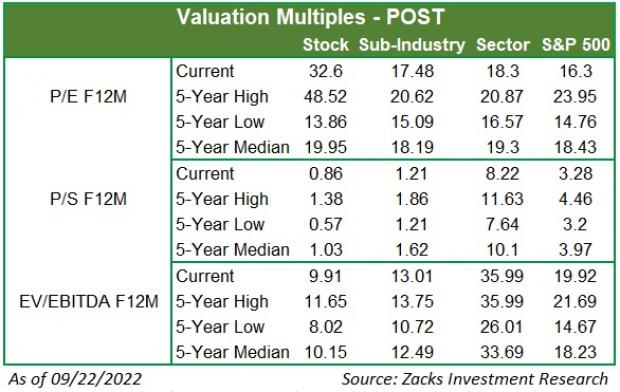 Is Westlake Chemical (WLK) A Profitable Stock To Pick Now?