Nvidia NVDA shares have surged 60% in the last six months to crush the semiconductor market’s 30% average. The GPU powerhouse has gone on this run despite the fact that its sales have fallen in the trailing four quarters, as Wall Street and analysts see a turn around on the horizon.

Investors should also note that Nvidia announced last March that is would acquire Mellanox MLNX for $6.9 billion. The deal, which will be by far its largest, aims to improve its position in the cloud computing market. However, the acquisition still awaits more regulatory approvals and NVDA executives last said they believe the “closing will likely occur in the early part of calendar 2020.”

Given the historically cyclical nature of the semiconductor market, it’s poised for a comeback and it looks set to help fuel the continued technological revolution for the foreseeable future. Recent quarterly results from industry powers Samsung SSNLF, Intel INTC, and Taiwan Semiconductor Manufacturing Co. TSM, which included improved outlooks, are also promising. 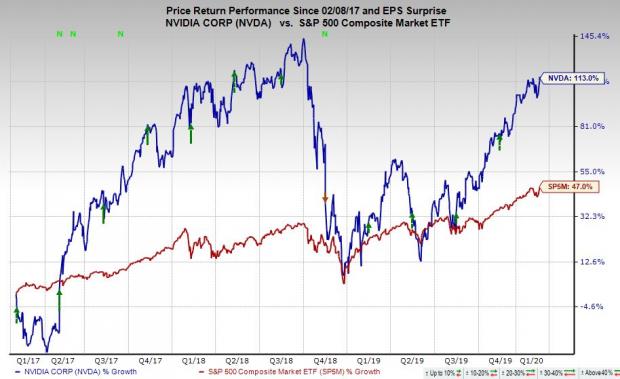