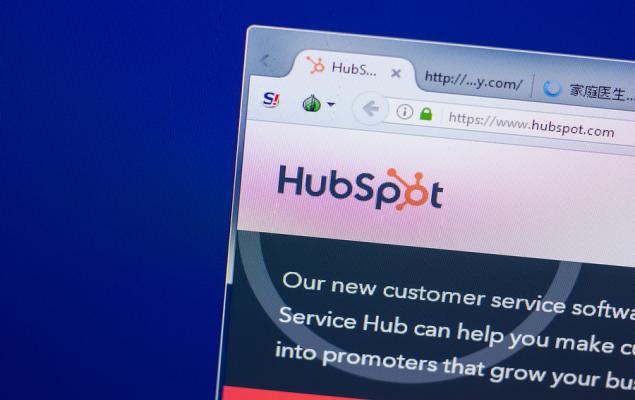 For fourth-quarter 2019, HubSpot anticipates revenues in the range of $180.3 million to $181.3 million. The Zacks Consensus Estimate for the same is pegged at $180.98 million, indicating an improvement of 25.7% from the year-ago quarter.

Moreover, the company anticipates non-GAAP net income per share to be in the range of 40-42 cents. The Zacks Consensus Estimate is currently pegged at 42 cents per share, suggesting growth of 13.5% from the year-ago quarter. Notably, the consensus has remained stable over the past 30 days.

Notably, the company has surpassed the Zacks Consensus Estimate for earnings in the trailing four quarters, with an average positive surprise of 37.17%.

Moreover, HubSpot has been rolling out updates to its starter packs and freemium services, which have been enabling the company to attract new customers. For instance, during the quarter under review, the company rolled out new feature that allows marketers to create LinkedIn Lead Gen Forms by utilizing free HubSpot ads tool.

Additionally, positive trend in conversion of freemium users to paid subscribers is anticipated to have benefited the fourth-quarter performance. Notably, the company’s customer base surged 32% to 68,803 in the third quarter.

HubSpot has been striving to improve subscription levels with portfolio expansion and collaborations. In fact, HubSpot’s product portfolio has been gaining from integration with LinkedIn, Shopify & Facebook, which has been enabling it in expanding business. This, in turn, is likely to have positively impacted fourth-quarter performance.

Further, integration of its various in-house offerings is likely to have bolstered adoption of subscription services, which is expected to get reflected in the to-be-reported quarter’s top line.

During the fourth quarter, HubSpot acquired PieSync, provider of intelligent iPaaS (or Integration platform as a Service) offerings, aimed at facilitating data synchronization in real-time.

The latest acquisition is expected to aid HubSpot to capitalize on user and partner integrations with Shopify and salesforce, backed by robust innovative initiatives.

However, increasing investments on acquisitions and product enhancements is likely to have limited margin expansion in the fourth quarter.

Our proven model does not conclusively predict an earnings beat for HubSpot this time around. The combination of a positive Earnings ESP and a Zacks Rank #1 (Strong Buy), 2 (Buy) or 3 (Hold) increases the odds of an earnings beat. But that’s not the case here.

HubSpot has an Earnings ESP of 0.00% and a Zacks Rank #3. You can uncover the best stocks to buy or sell before they’re reported with our Earnings ESP Filter.

DexCom (DXCM) to Report Q4 Earnings: What's in the Cards?