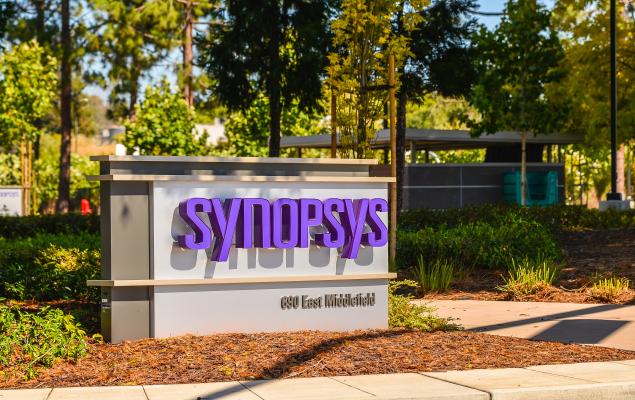 Synopsys (SNPS) to Report Q1 Earnings: What's in the Offing?

For the fiscal first quarter, the company estimates revenues in the $805-$835 million band. The Zacks Consensus Estimate for the metric is pegged at $822.3 million, indicating growth of 0.23% from the year-ago quarter reported figure.

Management expects non-GAAP earnings per share between 89 cents and 94 cents. The Zacks Consensus Estimate for the same stands at 92 cents, implying a drop of 14.8% from the prior-year reported number.

The company’s earnings surpassed the Zacks Consensus Estimate in the trailing four quarters, the beat being 6.7%, on average.

Let’s see, how things have shaped up for this announcement.

Widespread contract wins and growing deployment of Fusion Platform, including Fusion Compiler, are anticipated to have been key drivers.

Additionally, the company’s performance is likely to have gained from growth in Custom Compiler, which is fueled by large deal wins in the 5G, AI and server chip markets.

Moreover, Synopsys’ Verification Continuum platform steadily witnesses excellent demand and competitive gains and is anticipated to have been a major catalyst as well.

However, with hardware and IP revenues tilted toward the second half, fiscal first-quarter results might be adversely impacted.

Moreover, a rising competition from the likes of Cadence Design Systems is likely to have remained a concern.

Our proven Zacks model does not predict an earnings beat for Synopsys this time around. The combination of a positive Earnings ESP and a Zacks Rank #1 (Strong Buy), 2 (Buy) or 3 (Hold) increases the chances of beating estimates. But that’s not the case here. You can uncover the best stocks to buy or sell before they’re reported with our Earnings ESP Filter.

Here are some stocks worth considering as our model shows that these have the right combination of elements to beat on earnings in their upcoming releases:

Applied Optoelectronics, Inc. (AAOI - Free Report) has an Earnings ESP of +8.12% and is Zacks #3 Ranked.