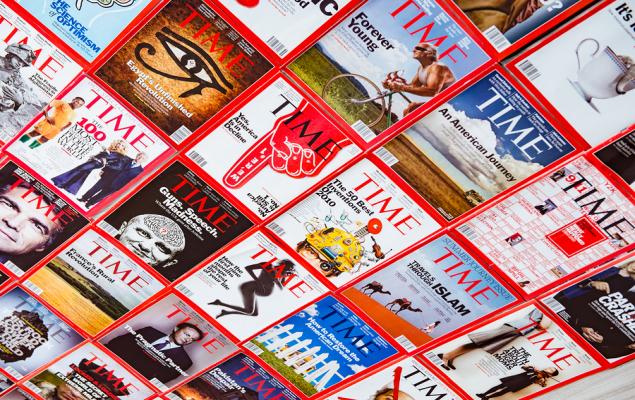 The ongoing fourth-quarter earnings season for the energy sector witnesses a host of companies lined up for releasing results by this weekend. Notably, extreme volatility in oil and natural gas prices might affect the industry players’ fortunes this time around.

Before going into the details of the upcoming reports, let’s take a look at the factors that are likely to have impacted the sector participants’ quarterly performances.

So, how does the oil and gas price compare with the year-ago valuations?

Per the U.S. Energy Information Administration, WTI price at the opening of fourth-quarter 2018 was $75.30 per barrel and the same exited the period at a moderate $45.41. Meanwhile, in 2019, prices were trending at $53.62 a barrel with the advent of the fourth quarter and shot to $61.06 at December end, reflecting a upside over a year’s time in the fundamentals.

However, the scene is not that rosy on the natural gas front.

In fourth-quarter 2018, natural gas prices were $3.09 per MMBtu (Million British thermal unit) at the very outset and dipped slowly to $2.94 per MMBtu at December 2019 end.

Talking of last year’s price band, the fuel was seen trading even lower at $2.28 per MMBtu beginning the month of October and struggled throughout the fourth quarter to close at $2.18 per MMBtu.

Such a divergent graph of oil and natural gas prices noticed in the fourth quarter makes it difficult for analysts to conclusively predict the earnings direction for the period. Let’s get a glimpse of the situation to date.

Oilfield service behemoths Schlumberger and Halliburton reported fourth-quarter 2019 earnings of 35 cents and 32 cents per share, respectively. Both results surpassed the Zacks Consensus Estimate of 37 cents and 29 cents each.

However, integrated major ExxonMobil’s fourth-quarter adjusted earnings per share of 41 cents missed the Zacks Consensus Estimate of 44 cents due to weaker margins in the refining and chemical business.

Meanwhile, one of the largest publicly-traded oil and gas companies in the world, based on proved reserves, Chevron posted fourth-quarter adjusted earnings of $1.49 per share, beating the Zacks Consensus Estimate of $1.47. This outperformance was driven by a strong production from the Permian Basin. However, the bottom line was below the year-earlier earnings of $2.06 per share due to lower oil and natural gas price realizations.

Notably, for the energy companies having already reported, total earnings are down 47.9% from the same period last year on 6.7% weaker revenues with 57.1% positive earnings surprises and 71.4% revenue estimate beats.

The overall guidance for fourth-quarter energy earnings looks rather bleak. The latest Earnings Outlook indicates a plunge of 47.2% in the energy sector’s December-quarter earnings from the year-ago reported figure. At the same time, the top line is likely to have dipped 3.7%.

Against this backdrop, let’s take a glance at how three energy players are placed ahead of their respective fourth-quarter results, slated for release on Feb 18, after the closing bell.

First, we have Concho Resources Inc. (CXO - Free Report) , an independent oil and gas explorer and producer. The company targets growth through a combination of acquisitions and active drilling in the lucrative Permian Basin spread over West Texas and New Mexico.

Our research shows that companies with the perfect combination of a Zacks Rank #1 (Strong Buy), 2 (Buy) or 3 (Hold) and a positive Earnings ESP have high chances of beating estimates. You can uncover the best stocks to buy or sell before they’re reported with our Earnings ESP Filter.

In the last reported quarter, this independent oil and gas producer’s earnings missed the consensus mark by 7.57% and also fell from the year-ago quarter’s $1.42 due to soft commodity price.

As far as positive surprises are concerned, this Midland, TX -based energy major’s earnings lagged the Zacks Consensus Estimate in all the last four quarters, the average being 7.57%.

Concho Resources is likely to deliver a positive surprise for the quarter to be reported as it has the favorable combination of the two key ingredients of an Earnings ESP of +4.93% and a Zacks Rank #3.

The Zacks Consensus Estimate for earnings is pegged at 77 cents on revenues of $1.16 billion. (Read more: Is a Beat Likely for Concho Resources in Q4 Earnings?)

Another U.S. oil major is Diamondback Energy, Inc. (FANG - Free Report) . The company’s earnings fell short of the Zacks Consensus Estimate in three of the last four quarters and beat the same in the remaining quarter, the average negative surprise being 9.86%.

Our proven model does not conclusively predict an earnings beat for the company this reporting cycle as it has an Earnings ESP of -2.33% and a Zacks Rank of 3.

The Zacks Consensus Estimate for fourth-quarter earnings of $1.81 has been revised upward in the past 30 days. This projected figure suggests a jump of 49.59% from the year-ago reported figure. The consensus estimate for revenues is pegged at $1.09 billion, indicating a rise of 71.9% from the prior-year reported figure.  (Read more: What's in the Offing for Diamondback Q4 Earnings?)

Lastly, there is Devon Energy Corp. (DVN - Free Report) , an independent energy company engaged primarily in the exploration, development and production of oil and natural gas. The company’s oil and gas operations are mainly concentrated on the onshore areas of North America, primarily in the United States. It reported third-quarter earnings per share of 26 cents, outpacing the Zacks Consensus Estimate of 19 cents. Strong output from its Delaware assets boosted overall production.

As far as surprise record is concerned, this Oklahoma-based company’s earnings beat the Zacks Consensus Estimate thrice in the trailing four quarters and missed the same in the remaining quarter, the average positive surprise being 2.14%.

Our proven model does not conclusively predict a beat for the company this earnings season as it has an Earnings ESP of -6.15% and a Zacks Rank #2.

The Zacks Consensus Estimate for fourth-quarter earnings of 29 cents has been revised upward in the past 30 days. The expected figure implies a 190% rise from the year-ago reported number of 10 cents. However, the consensus estimate for revenues, pegged at $1.83 billion, hints at a drop of 50.51% from the prior-year reported figure. (Read more: Devon Energy to Post Q4 Earnings: What's in the Cards?)