The Dow, S&P 500, and the tech-heavy Nasdaq all jumped Wednesday to put a stop to three straight days of declines. U.S. stocks popped after China said it will roll out new efforts to support businesses amid coronavirus setbacks.

This news came after Apple (AAPL - Free Report) announced that it expects to fall short of its quarterly revenue guidance because of setbacks in both production and demand in China.

Despite the coronavirus, fourth quarter earnings results have been better than expected, interest rates remain low, and technology stocks continue to drive the current climb. Therefore, investors are likely still on the hunt for new additions to their portfolios and tech is a great place to look.

Alteryx’s analytics platforms and tools help companies analyze data to help them get to “the answer faster.” The end-to-end data science and analytics firm has been on a tear since going public in 2017 and AYX recovered quickly after a brief 2019 downturn. Last week, Alteryx crushed our Q4 earnings and revenue estimates, which continued a string of 115% or higher bottom-line beats.

The firm’s fiscal 2019 revenue jumped 65% to $417.9 million and its adjusted earnings climbed 57% to $0.94 a share. Our current Zacks estimates call for Alteryx’s 2020 sales to jump another 34% and its positive earnings revision activity helps Alteryx hold a Zacks Rank #2 (Buy) right now.

Alteryx, which holds a $10 billion market cap, has seen its stock surge 55% in 2020 to rest near new highs. AYX also earns an “A” grade for Growth in our Style Scores system and investors should see it firmly as a growth play for the big data age, with Alteryx set to expand as more companies, big and small, need to figure out how to make sense of and utilize their growing stacks of data.

IBM is hardly a growth firm these days, but it plans to become a cloud powerhouse. IBM signaled it’s more serious than ever about this transition when it announced in late January that Ginni Rometty would step down. Arvind Krishna, who leads its cloud and cognitive-software unit, will take over the historic tech giant that has evolved with the times before.

Krishna has played a key role in turning IBM’s focus to growth areas such as cloud, AI, and quantum computing in the big data era. IBM shares jumped on the news and are up 12% YTD and 9% in the last 12 months. Plus, on January 21, it topped quarterly earnings estimates and posted surprise Q4 revenue growth, after five straight quarters of declining sales.

IBM’s cloud revenue surged 21% in Q4 to account for over 30% of total sales. Alongside cloud, Red Hat’s sales jumped 24% to help justify why IBM acquired the open-source software firm for $34 billion. IBM’s revenue and earnings are projected to climb in 2020 and 2021 and its positive earnings revisions help it hold a Zacks Rank #2 (Buy).

Meanwhile, IBM’s 4.3% dividend yield helps make up for what it has lacked in growth recently, easily topping Qualcomm (QCOM - Free Report) and other huge tech companies. The stock also currently trades at 11.2X forward 12-month Zacks earnings estimates. This marks a big discount against its industry’s 18.7X average and might be what some need amid rising valuations.

MSFT hasn’t forsaken its other business along the way. In fact, its Office-heavy Productivity and Business Processes division surged 17% last quarter, while LinkedIn, Windows, and other units all continue to expand at solid clips. MSFT’s adjusted earnings are projected to surge 19% and 12%, respectively, in FY20 and FY21. Plus, its revenue is set to jump over 13% and 11.3% over this same stretch.

Microsoft’s earnings revisions activity has trended heavily in the right direction since it posted its Q2 FY20 results in late January. This positivity helps MSFT earn a Zacks Rank #1 (Strong Buy). The company also pays a dividend and consistently returns value to shareholders through buybacks. In the end, Microsoft is a $1.4 trillion titan that is worth considering even at its current valuation, as its stock price continues to soar. 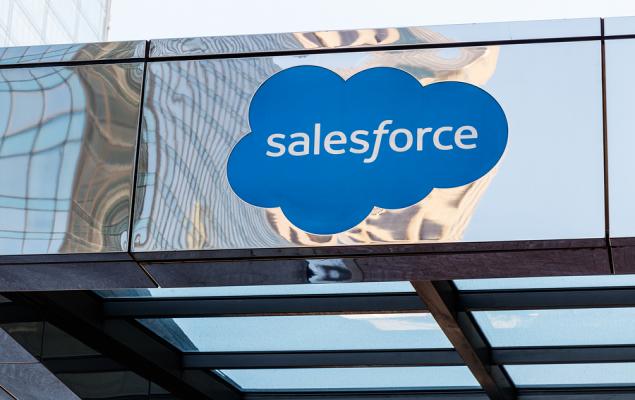