Newmont Corporation NEM reported net income from continuing operations of $537 million or 66 cents per share in fourth-quarter 2019 against a net loss of $3 million or breakeven per share in the year-ago quarter. Fourth-quarter results gained from increased production from the acquired Goldcorp assets and higher realized gold prices.

The company’s costs applicable to sales (CAS) for gold was $691 per ounce, up 5% year over year.

All-in sustaining costs (AISC) for gold advanced 12% year over year to $946 per ounce primarily due to higher gold CAS per ounce and higher sustaining capital spending.

Newmont’s shares have gained 30.4% in the past year against the industry’s decline of 3.9%. 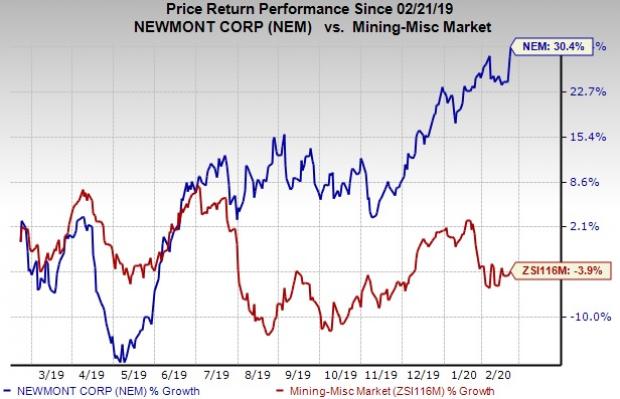 Daqo New Energy has an expected long-term earnings growth rate of 29%. The company’s shares have gained 130.6% in the past year.

Sibanye has an expected long-term earnings growth rate of 20.4%. Its shares have returned 206% in the past year.

Impala Platinum has an expected long-term earnings growth rate of 26.5%. The company’s shares have surged 209.7% in the past year.