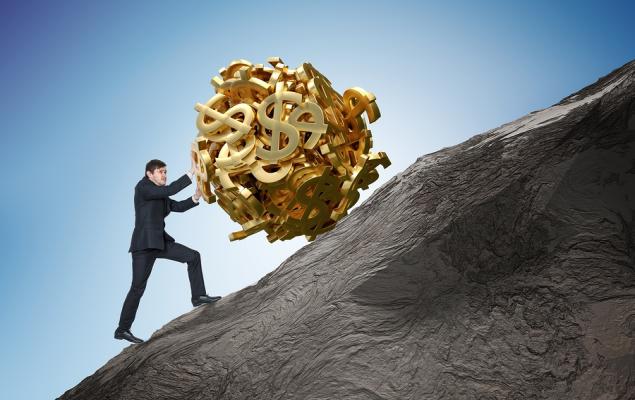 Transocean Ltd. (RIG - Free Report) posted fourth-quarter 2019 adjusted loss of 43 cents a share, wider than the Zacks Consensus Estimate of a loss of 31 cents and also the year-ago loss of 34 cents due to higher year-over-year costs and expenses.

Meanwhile, this offshore drilling powerhouse generated total revenues of $792 million, missing the Zacks Consensus Estimate of $818 million. But the top line improved 5.8% from the prior-year figure of $748 million. Strong revenues from the Ultra-deepwater and Harsh Environment floaters along with increased dayrates led to this outperformance.

Transocean’s Ultra-deepwater floaters contributed to 63.4% of total contract drilling revenues while Harsh Environment floaters and Midwater floaters accounted for the remainder. In the quarter under review, revenues from Ultra-deepwater and Harsh Environment floaters totalled $502 million and $278 million each, indicating a 9.8% and 9.9% improvement from the year-ago reported figures of $457 million and $253 million, respectively.

Revenue efficiency was 96.2%, marginally lower than the third-quarter level. The figure was in line with the year-ago number.

On an encouraging note, average dayrate in the quarter under review rose to $317,700 from the year-ago level of $293,100 owing to an uptick in activity in the Asia Pacific and Australia. The company witnessed year-over-year higher average revenues per day from midwater floaters. Overall, fleet utilization was 61% during the quarter, down from the prior-year utilization rate of 62%.

Transocean’s backlog recorded at $10.2 billion as of February reflects a decline of $2 billion from the year-ago figure. Since its last fleet status update in October 2019, the company has been successful in securing $366 million worth additional contracts, courtesy of new deals and extensions of its existing projects.

Transocean’s costs and expenses rose 10.72% year over year to $836 million. Operating and maintenance costs also increased to $575 million from $497 million a year ago. The company spent $128 million on capital expenditure in the fourth quarter. Cash provided by operating activities totalled $147 million. The company had cash and cash equivalents of $1.8 billion on Dec 31, 2019. Long-term debt was $8.7 billion with debt-to-capitalization ratio of 42.28% as of the same date.

For 2020, the company expects its adjusted contract drilling revenues to be $3.3 billion, indicating no change from the 2019 figure. Meanwhile, capital expenses for 2020 are anticipated to be $857 million.

Full-year operating and maintenance costs are predicted to be $2.1 billion.  Further, the company projects its G&A expense to be approximately of $183 million.