Shares of BJ’s Restaurants declined 3.9% in the after-hours session on Feb 20, owing to the soft top-line performance. Though shares of the Zacks Rank #3 (Hold) stock gained 7.7% in the past three months, it underperformed the industry’s 9.6% growth. 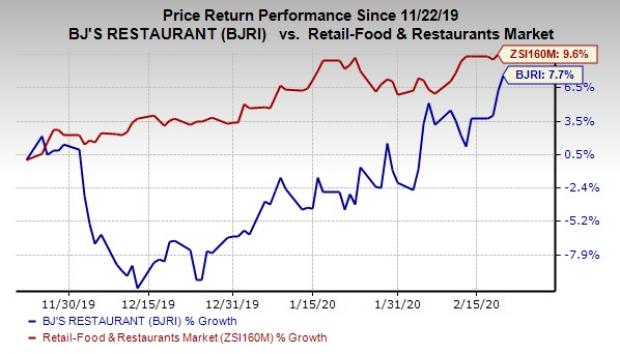 Adjusted earnings of 53 cents per share beat the Zacks Consensus Estimate of 44 cents by 20.5%. Moreover, the bottom line increased 8.2% year over year. On a GAAP basis, earnings per share were 75 cents.

Total quarterly revenues of $291.1 million missed the consensus estimate of $291.5 million by a marginal 0.1%. However, the top line grew 3.8% year over year, driven by a 3% rise in total restaurant operating weeks and a 0.4% increase in average weekly sales.

Comparable restaurant sales improved 0.4% from the prior-year quarter. The increase was mainly attributed to strength in the BJ’s concept and brand, which was further supported by its productivity and sales-driving efforts.

During the reported quarter, the company also gained market share in the casual dining industry, thanks to the re-launch of its catering menu and offerings, the addition of tri-tip sirloin to its slow roast platform, the introduction of $6-take home entrees, and the roll out of the Gold Standard Kitchen Systems.

Labor costs, as a percentage of sales, increased 100 basis points (bps) to 36.4% on higher hourly average wages and an increase in state unemployment taxes, offset by enhanced labor productivity. Occupancy and operating costs (as a percentage of sales) were 22.5%, up 50 bps year over year. The increase was mainly due to the new lease accounting standard and higher facilities costs.

Restaurant-level operating margin was 16%, down 120 bps from the year-ago quarter. The decline can be attributed to continued wage rate pressures and higher-than-expected food cost inflation. However, the company expects to counter the high costs prevalent in the industry through its disciplined cost-saving and efficiency initiatives along with restaurant level execution.

BJ’s Restaurants notes that the comparable restaurant sales in the first seven weeks of 2020 have increased 1.7%, including slightly faster trends in California. Notably, the company is witnessing improving trends in California from third-quarter 2019. Further, it outlined its guidance for 2020.

However, the company hinted at the continuation of the wage rate inflation in mid-single digits in 2020. Based on the latest trends, it predicts upward pressure on wages for hourly positions and managers of nearly 5%. Nevertheless, the company is working to improve restaurant level operating margins, with its ongoing food-management initiatives.

Moreover, it expects cost of sales in the low to mid 25% range for 2020. Occupancy and operating costs, as a percentage of sales, are likely to be in the mid-to-upper 21% to 22% range. This includes 2-2.5% of marketing spending. Total general & administrative (G&A) expenses are expected to be $70 million in 2020. The company expects effective tax rate of 6% for 2020.

Driven by the aforementioned assumptions and gains of leveraging fixed costs in its business, it expects to deliver high-single-digit to low-double-digit earnings growth in 2020.

For first-quarter 2020, the company anticipates restaurant operating weeks of 2,708. It expects cost of sales to be in the low 25% range. Labor costs, as a percentage of sales, for the first quarter are expected to be in the upper end of 36-37%. Notably, the company witnesses higher labor costs, as a percentage of sales, in the first quarter of every year due to higher payroll taxes and benefits occurring at the beginning of each year.

It expects operating and occupancy costs, as a percentage of sales, in the mid 21% range. G&A expenses are anticipated to be in the mid to upper $16 million range in the first quarter.

Brinker International, Inc. (EAT - Free Report) has an expected long-term earnings growth rate of 7.7%. It currently has a Zacks Rank #2. 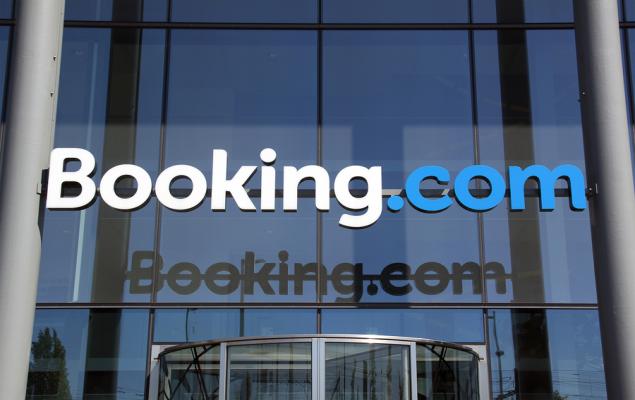