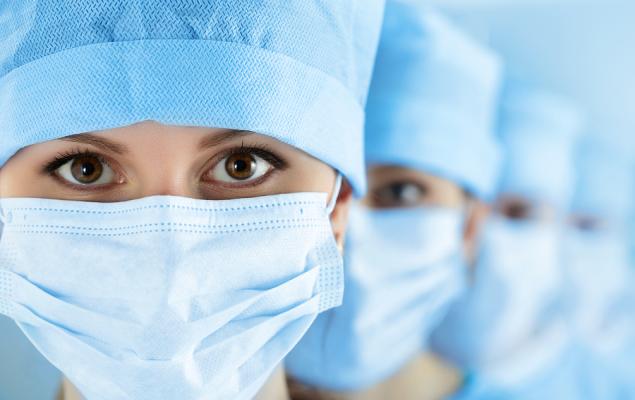 Revenues of $3.5 billion were in line with the Zacks Consensus Estimate but increased 1.7% from 2018.

The company generated revenues of $905 million, which beat the Zacks Consensus Estimate by 0.4%. However, the top line was down 3% from the year-ago period. Same unit revenues increased 2.3% year over year, mainly driven by recent buyouts. However, this upside was offset by the non-renewal of a few contracts.

Interest expense of the company escalated 9.1% to $27.7 million, primarily due to higher effective interest rate on borrowings between two periods.

For the first quarter of 2020, the company expects adjusted EPS to be in the band of 55-63 cents. Mednax projects adjusted EBITDA in the range of $90-$100 million.

This guidance assumes total same-unit revenue growth for the three months ended Mar 31, 2020 to be in the range of 2% to 4%.

Shares outstanding are predicted to be around 84.5 million.

On a preliminary basis, the company estimates adjusted EBITDA to be in the band of $450-$490 million.

The company estimates an effective tax rate of 27%. Average diluted shares for the full-year are expected to be approximately 85 million.

Aduro Biotech, Inc. ADRO is set to report fourth-quarter earnings on Feb 26. The stock has a Zacks Rank of 1.

Adaptive Biotechnologies Corporation ADPT is slated to announce fourth-quarter earnings on Feb 26. The stock has a Zacks Ranks #3.

Nevro Corp. NVRO is set to report fourth-quarter earnings on Feb 25. It has a Zacks Rank #2.