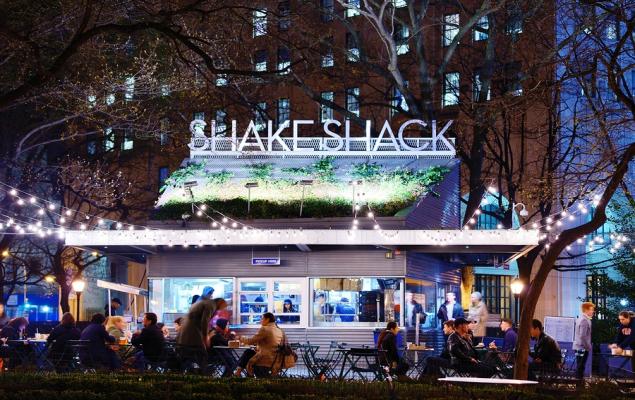 Adjusted earnings of 6 cents per share compared favorably with the Zacks Consensus Estimate of a loss of a penny but were flat year over year.

Total revenues of $151.4 million in the reported quarter missed the Zacks Consensus Estimate of $153.1 million. However, the top line increased 21.9% year over year. Rise in Shack sales and licensing revenues drove the company’s top line.

Licensing revenues in the quarter under review totaled $5.6 million, up 58.6% year over year. The upside can be attributed to the opening of 28 new licensed Shacks stores and robust performance of Shacks opened in 2019. Meanwhile, Shake Shack continues to cash in on the diversification of its licensing business and the opportunity to reach places that it could not domestically.

Same-Shack sales (or comps) declined 3.6% year over year. Also, the figure compared unfavorably with 2.3% increase reported in the year-ago quarter. The decline was primarily due to lower guest traffic partially offset by a combined increase in price and sales mix. In the reported period, comparable SHAK base, which includes restaurants open for 24 full months or longer, was 85 compared with 61 in the year-ago quarter.

Shack-level operating profit (non-GAAP operating income) of $29.7 million increased 9.4% year over year. The metric margins, as a percentage of Shack sales, contracted 210 basis points (bps) to 20.4% primarily due to increased labor and related expenses as well as certain fixed expenses and cost.

Adjusted EBITDA increased 2.3% to $14.8 million. However, as a percentage of total revenues, adjusted EBITDA margins contracted nearly 180 bps to 9.8% on a year-over-year basis.

Total general and administrative expenses are projected in the range of $80-$82 million.

Adjusted effective tax rate is expected in the range of 26-27%.

What's in the Cards for Atlantic Power (AT) in Q4 Earnings?