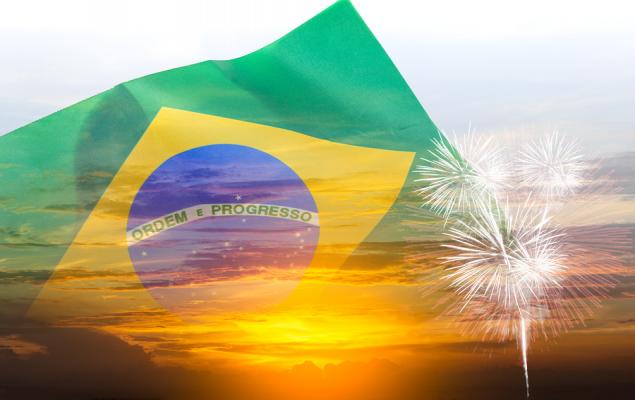 However, the bottom line compared favorably with the year-earlier quarter’s income of 8 cents per ADS, boosted by impressive production growth and lower lifting costs. Adjusted EBITDA rose to $8,878 million from $7,659 million a year ago.

Meanwhile, the company’s revenues of $19,868 million went past the Zacks Consensus Estimate of $19,476 million but fell from the year-earlier sales of $21,736 million.

Let's take a deeper look at the recent performances from the company's two main segments: Upstream (Exploration & Production) and Downstream (or Refining, Transportation and Marketing).

Upstream: The Rio de Janeiro-headquartered company’s average oil and gas production during the fourth quarter reached 3,025 thousand barrels of oil equivalent per day (MBOE/d) – 79% liquids – up from 2,660 MBOE/d in the same period of 2019. In fact, it was the first time that volumes exceeded 3,000 MBOE/d

Compared with the fourth quarter of 2018, Brazilian oil and natural gas production – constituting 97% of the overall output – increased 14.5% to 2,938 MBOE/d. The improvement was driven by ramp-up of new projects that began operations in 2018 and 2019.

In the October to December period, the average sales price of oil in Brazil fell 5.6% from the year-earlier period to $63 per barrel. While the falling crude prices had a negative effect on upstream segment earnings, it was more than offset by higher production. A tight leash on pre-salt lifting costs, which fell 20.2% from the fourth quarter of 2018 to $5.02 per barrel, also provided support.

During the period, Petrobras’ sales, general and administrative expenses stood at $1,880 million, doubling from the year-ago period. Selling expenses also shot up significantly – from $369 million to $1,386 million. Consequently, total operating expenses rose by 7.8% year over year to $5,358 million.

Importantly, the company generated positive free cash flow for the 19th consecutive quarter, with the metric surging to $5,650 million from $4,262 million recorded in last year’s corresponding period. For the full-year 2019, free cash flow was up 20.5% to $18,376 million.

The 2020 Zacks Consensus Estimate for Chevron indicates 12.8% earnings per share growth from 2019 level.

Marathon Oil has surpassed estimates in three of the last four quarters, the average being 190.8%

The 2020 Zacks Consensus Estimate for Hess indicates 93.7% earnings per share growth from 2019 level.

What's in the Cards for FLIR Systems' (FLIR) Q4 Earnings?