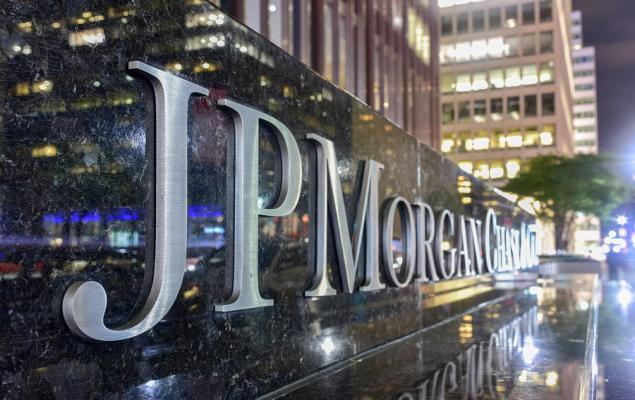 JPMorgan to Gain from Expected Recovery in Mortgage Business

The performance of JPMorgan Chase & Co.’s (JPM - Free Report) mortgage banking business has not been great for the past few years and hence the unit has been a matter of concern. While the company’s mortgage fees and related income increased 62% in 2019 on a year-over-year basis, the same has declined, witnessing a four-year (2016-2019) CAGR of 6.5%.

Segnini stated, “Early 2019 was a depressing time for a lot of us.”

However, the unit's performance is expected to improve in 2020. Demand for mortgage loans is already on the rise, driven by decline in interest rates. In fact, JPMorgan has started to automate and digitize its home-lending business to reduce costs and attract more home buyers. Supported by such cost-cutting efforts along with an improving economy, the mortgage business is expected to recover in the near term.

There is growing optimism within the company’s executives that 2020 will be a comeback year for JPMorgan’s mortgage business. Segnini said, “We could go from, over a two-year period, losing almost a billion, to breaking even, to kind of making $300-plus million. The economy is working for us in 2020.”

Notably, because of complicated regulations and tougher capital rules after the financial crisis, mortgage volumes continued to decline. Most of the big banks began to scale down their operations and pulled back from the riskier markets.

In fact, amid a decline in volumes, most of the big banks don’t originate as many mortgage loans through government programs as they should. The Federal Housing Administration (“FHA”) insured mortgages are more profitable as it provides insurance on mortgages that are originated by lenders for low-income borrowers, who otherwise would not be eligible for home loans because of their low credit scores.

Even JPMorgan started shrinking its FHA-backed lending operations in 2017 as “aggressive use” of the False Claims Act ("FCA") made it too risky and also resulted in increased legal woes.

However, following the initiative taken by the Housing and Urban Development (“HUD”) to ease worries related to mortgage sanctions in October 2019, the bank is planning to restart offering mortgage loans insured by the FHA.

Thus, amid signs of a revival of the mortgage market, if JPMorgan starts originating more FHA-insured mortgage loans, it would help in relieving pressure on net interest margin to some extent. However, the company might face competition from other FHA loan providers like Penny Mac Financial (PFSI - Free Report) and Flagstar Bancorp, Inc. (FBC - Free Report) .

Shares of JPMorgan have gained 25.5% over the past year, outperforming 14% growth recorded by the industry. 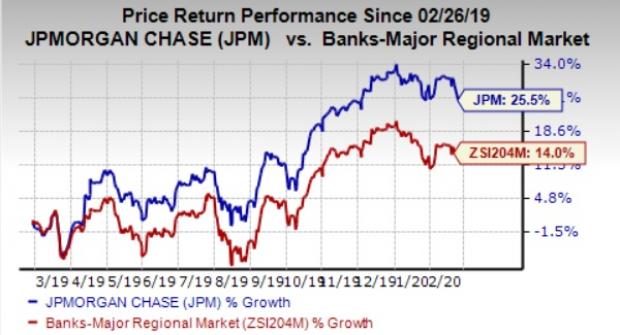 Among other big banks, Wells Fargo & Company (WFC - Free Report) , which was the largest mortgage originator in the United States as of 2017, has also been witnessing lower mortgage servicing income. Its mortgage banking income has witnessed a negative three-year (2016-2019) CAGR of 23.6% despite a reversal in the mortgage market.