The planned digital tax, a new bill that could impact encryption, developments on U.S. Google’s antitrust case and Amazon’s challenge of the JEDI contract and other news is covered in this article. Here are the details-

OECD Secretary-General Angel Gurria set the tone for the G20 meeting in Riyadh when he said, "A coordinated answer is not the better way forward but, given the alternatives, the only way forward. Multilateralism has proven to be the most effective model on international tax management." While the summit is a regular occurrence that the world’s 20 largest economies use to discuss economic issues, digital tax was the hottest topic this year.

The main thing standing in the way is the U.S. election and the fact that most of these big companies are American. This puts the pressure, to a considerable extent on Washington, which doesn’t really want to make a major change like this heading into the elections.

U.S. Treasury Secretary Steven Mnuchin said, “Let me emphasize: in the U.S., depending upon what the solutions are, these may require congressional approval.” This seems to indicate that the issue wouldn’t be resolved within the planned timeframe and could drag on.

As regards the U.S. call for a safe harbor, which France and Japan among others voiced doubts about because it appears to give companies the option to stick with the old system or choose the new one, he said, “What a safe harbor is -- and there’s lots of safe harbors that exist -- you pay the safe harbor as opposed to paying something else, and you get tax certainty,” he said. “People may pay a little bit more in a safe harbor knowing they have tax certainty.”

France appeared appeased by this and said it was open to a phased implementation to help companies with compliance.

The bill, proposed by the Chairman of the Senate Judiciary Committee Lindsey Graham and Democratic Senator Richard Blumenthal, titled "The Eliminating Abuse and Rampant Neglect of Interactive Technologies Act of 2019," or the "EARN IT Act," threatens the key immunity companies have under federal law called Section 230 unless they comply with certain "best practices," to be determined by a 15-member commission led by the Attorney General.

Technology companies and people/organizations backing them are concerned about the “best practices” because they feel it might discourage end-to-end encryption that has been vital for user privacy and a pain for law enforcement.

Jesse Blumenthal, leading technology and innovation at Stand Together, funded by billionaire Charles Koch, said, "This a deeply dangerous and flawed piece of legislation that will put every American's security at risk... it is deeply irresponsible to try to undermine security for online communications." Moreover, "There is no such thing as a back door just for good guys that does not create a front door for bad guys."

Google has reached agreement with the 48 Attorneys General led by Texas Attorney General Ken Paxton over the hiring of experts in their antitrust investigation of the company.

Even after providing 100,000 pages of information, the Attorneys General claimed that Google wasn’t cooperating with them, simply because it was asking for certain restraints on how the experts were serving its competitors. These restraints are necessary because an investigation would include sensitive competitive information that shouldn’t get into the hands of its competitors.

Google was particularly concerned about the states’ hiring of consultants like Cristina Caffarra, an economist with Charles River Associates, who has worked with its competitors and vocal critics News Corp, Microsoft and also Russia’s Yandex.

Following the agreement, Paxton released a statement saying that “With this agreement, experts retained by the state will not be burdened with the unreasonable prohibitions sought by Google. They will be able to lend their important expertise to the state without fear of being frozen out of other employment within their field.”

Amazon alleges that Stacy Cummings, a deputy assistant secretary of defense who recused herself from the proceedings in Sep 2019, was also involved in the procurement. So it’s seeking her communications with the JEDI decision-making team, especially the meetings in which Esper was involved. Government lawyers have earlier argued via a filing that Amazon is not entitled to all the materials it’s asking for and that Cummings had a conflict of interest with Microsoft, that didn’t impact the procurement.

It was reported that the circumstances of Esper’s withdrawal were a little strange, so Amazon was always expected to challenge it. But whether it’s enough to change the decision altogether in Amazon’s favor is something the courts will have to decide.

This is the second time Google has been hauled up in as many years for violating children’s rights to privacy. The last time it was because YouTube was collecting personal information on underage children without requisite parental consent. YouTube ultimately had to cough up $170 million to settle with the Federal Trade Commission (FTC).

This time around, New Mexico Attorney General Hector Balderas has alleged that the company is spying on school children under the age of 13 and protected by the Children's Online Privacy Protection Act without “verifiable” parental consent.

The lawsuit says that through its Chromebooks and related educational software, Google is lapping up information such as physical locations, websites visited, videos watched, saved passwords and even contact lists. Brian McMath, assistant to Balderas said that while schools were transmitting the data to Google, there wasn’t any evidence suggesting that Google actually used that information for commercial purposes. Nevertheless, the fact that the company is collecting the data without permission is something to be concerned about.

Google maintains that there hasn’t been any wrongdoing. Its spokesman Jose Castaneda said, "G Suite for Education allows schools to control account access and requires that schools obtain parental consent when necessary," although the FTC earlier found that school districts, which control access and use of the resources usually provide the necessary parental consent.

Amazon is all set to launch a new format of its cashierless store, this time in residential rather than office areas. The first of these is in Seattle's Capitol Hill.

The goal for these bigger stores, called “Amazon Go Grocery,” is to target householders who are more likely to shop groceries than quick meals, a market dominated by companies like Kroger.

But the specialty is same as in the smaller convenience stores, i.e., Amazon let’s you check into the store with a smartphone app, so you can pick off the shelves (or put back, you’ll only be charged for what you don’t put back) and then walk out. Amazon will charge your saved cards, so there will be no waiting in cue to pay.

Amazon’s VP of physical retail and technology explained how the company is going about this business: "Our goal is to be able to figure out how to be relevant for customers in whichever neighborhood that we're in. If we do a good job, good things happen. If we don't, we course-correct."

Apple has re-opened 29 of its 42 Chinese stores although they will be manned by fewer staff and won’t operate the usual business hours. Some will be open for as little as 8 of the normal 12 hours. In certain other cases, the stores will return to normal working hours by the end of this week.

Apple’s China sales, especially of its iPhones, have a significant impact on its overall results. The company has already warned that it won’t make the guided numbers. And although stores are beginning to open again, the coronavirus fears have far from subsided. In fact, new cases are being discovered every day. In that backdrop, and considering that the manufacturing base is also within the country, the impact on Apple’s business will continue longer than initially expected.

And the company thinks that the $18.40 in cash and 0.149 Xerox shares that Xerox is offering for each HP share isn’t a good deal. It also thinks that since 10% of the businesses overlap, the merger is likely to result in a billion dollars of savings and not $2 billion, as estimated by Xerox executives. Xerox, pushed by activist investor Carl Icahn, has also nominated 11 candidates for HP’s board and started a proxy fight as it attempts a hostile takeover.

So, in order to discourage shareholders, HP pointed to strong recent results and said that it would return $15 billion to shareholders in buybacks, up from the $5 billion promised in October, which will also raise the adjusted EPS from $3.25 to $3.65. It expects an 8 cent impact on profits from the coronavirus in the current quarter.

Apple, Amazon, Google and Facebook (FB - Free Report) have all been caught red-handed recording user conversations. While the purpose was innocent enough, to improve speech recognition and thereby the service offered through their assistants, the fact that they didn’t do it with user permission got them in trouble.

Now Facebook is offering a tiny reward to selected users with more than 75 contacts if they successfully record the words “Hey Portal” followed by the first name of a friend from their friends list. Doing this 10X gets them 200 points on the “Pronunciations” program in its newly-launched Viewpoints market research app. Points are redeemed at $5 per 1,000.

So, nothing exciting, but it achieves permission and consent for data use as everyone wanted of these companies. 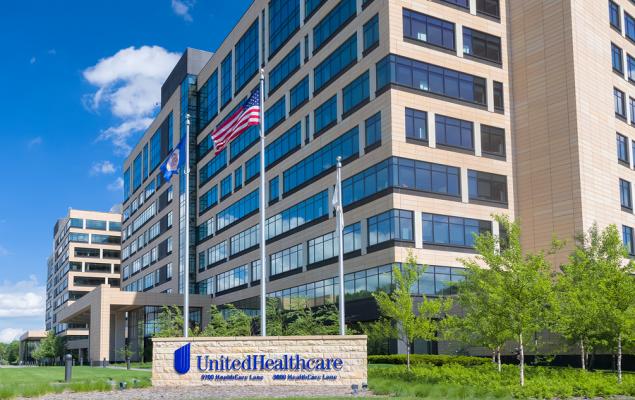 Will UnitedHealth Stock Witness Volatility til the Elections?