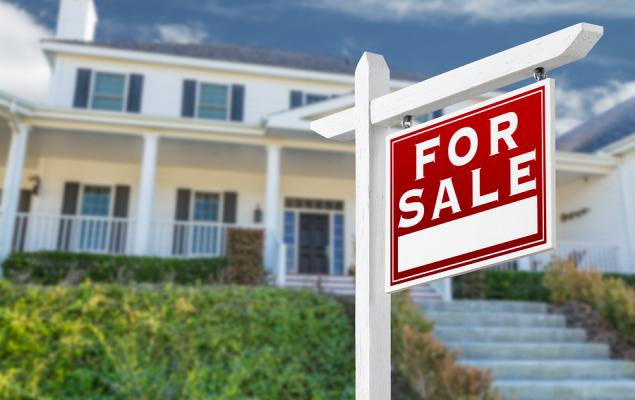 Americans are now considering the purchase of newly-constructed homes. After all, sales of newly-built homes in the United States hit the fastest pace in more than 12 years in January, a tell-tale sign that the housing market is in sound shape.

According to the Commerce Department, sales of new U.S.-single family homes jumped 7.9% to a seasonally adjusted rate of 764,000 units in January, the highest level since July 2007. Economists had forecasted new home sales would advance to a pace of 710,000 units.

Notably, December’s reading on new home sales were revised up to 708,000 units from the previously reported 694,000 units. And if we look at the bigger picture, confidence among homebuilders has remained near all-time high in recent times and this new home sales report show why.

Per National Association of Home Builders (NAHB), builder sentiment in the housing market is near all-time high in February with monthly confidence index coming in at 74 — just two points below the all-time high recorded last December. Moreover, the composite index registered annual growth of 19.35% compared with the year-ago comparable period. Further, any reading above the 50 mark clearly underscores the positive sentiment surrounding the space with all signs pointing to rising confidence.

Meanwhile, low mortgage rates, healthy labor market and wage growth drove demand for homes. Decline in mortgage rates in the latter half of last year, mostly due to Fed’s three consecutive rate cuts, helped spur demand and gave relief to homebuilders struggling with rising material and labor costs. The average 30-year fixed mortgage rate, by the way, is at 3.45% in February, its lowest level since October 2016, per Freddie Mac.

And when it comes to the jobs market, the United States added a massive 225,000 jobs last month, way higher than analyst expectations of 160,000 jobs. It was also up from December’s upwardly revised number of 147,000. In addition to December’s positive revision, non-farm payrolls for the month of November rose by 5,000 to 256,000. And that means the economy added an average of 211,000 new jobs in the past three months, a significant rise from last summer.

The unemployment rate, in the meantime, is still around a 50-year low. Further, wage growth has improved. Average hourly earnings rose 3.1% in January. Wages, in fact, surpassed estimates of 3% growth.

Given the positives, investing in housing-related stocks, which can make the most of the uptick in new home sales and subsequently strength in the housing market, seems judicious. We have, thus, selected five such stocks that carry a Zacks Rank #1 (Strong Buy) or 2 (Buy).

Toll Brothers, Inc. TOL, known for building detached and attached homes in luxury residential communities in the United States, has a Zacks Rank #2. The Zacks Consensus Estimate for its current-year earnings has risen 1% over the past 60 days. The company’s expected earnings growth rate for the next quarter is 7%.

D.R. Horton, Inc. DHI has a Zacks Rank #2. The Zacks Consensus Estimate for its current-year earnings has jumped 7.8% over the past 60 days. The company’s expected earnings growth rate for the current quarter and year is 20.4% and 23.1%, respectively.

PulteGroup, Inc. PHM has a Zacks Rank #1. The Zacks Consensus Estimate for its current-year earnings has climbed 6.2% over the past 60 days. The company’s expected earnings growth rate for the current quarter and year is 20.3% and 18.1%, respectively. You can see the complete list of today’s Zacks #1 Rank stocks here.

M.D.C. Holdings, Inc. MDC also has a Zacks Rank #1. The Zacks Consensus Estimate for its current-year earnings has advanced 4.3% over the past 60 days. The company’s expected earnings growth rate for the current quarter and year is 14.1% and 17.2%, respectively.

Meanwhile, KB Home KBH has a Zacks Rank #2. The Zacks Consensus Estimate for its current-year earnings has climbed 6.1% over the past 60 days. The company’s expected earnings growth rate for the current quarter and year is 41.9% and 29.1%, respectively.

How Urban Outfitters (URBN) is Placed Ahead of Q4 Earnings